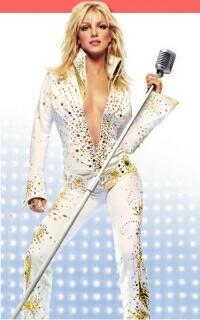 On the day following the Britney Spears HBO bump-and-grind performance from Las Vegas, I noted that on sports talk radio there were discussions about the appropriateness of men above, say, age 25 finding 19-year-old Spears sexually appealing. While not promoting a Don Henley defense here, the whole thing strikes me as rather absurd. Too many of these people were trying to come off as though they are in Mr. Roger’s Neighborhood. “Can you say ‘bullshit,’ neighbor?”

To use the time-honored sports-talk metaphor, let’s break things down…

* Title IX notwithstanding, sports is a testosterone-driven arena. If there is any question about that, then ask yourself this: Why do ads for strip clubs in Windsor appear in the sports section of the Detroit Free Press and not the entertainment section? Sports is nothing else than the Entertainment Business writ large. Just like music. In fact, when you consider the ties between the two, things become rather inextricable.

* Spears appeared on HBO. Not broadcast. Not basic cable. Gee, do you think that the venue might have had a little something to do with her ability to strut her stuff in a way that would otherwise be considered verboten? (Although with last week’s “Victoria’s Secret Underwear Extravaganza on the Network Owned By Disney, Which We Thought Was Always About Less Obvious Sexuality” may have changed things somewhat in this regard.) And what about the fact that she was on 9 pm—isn’t that post-family hour?

* Spears appeared in Las Vegas, at the MGM Grand. The tribute to Dorothy in that hotel notwithstanding, the first thing that anyone arriving in Vegas knows is they aren’t in Kansas anymore. Despite the Las Vegas Tourist Board’s attempts to make people think that Vegas is “family friendly,” the only families that it is friendly to are those that own the casinos. As for the other “families,”: “Gee, Mom, will you let Sally and me out of the closet so that we can watch the pirate ships blown each other up? Mom? MOM? Damn. She must be back at the video poker again… Gimme the beef jerky.” Make no mistake that Vegas is still about silicone and slots, about the Big Win. Which Spears and her handlers hope to realize (the Big Win, that is; the other two are already accommodated).

The whole thing is pathetic. And moreover, it is simply characteristic of what is happening to popular music. While pop music has always been a function of someone figuring that they could make a fast buck by promoting the sound of the moment, there is a vast difference in degree today than there has ever been. The Selling of Stars At Any Cost has become the order of the day among massive conglomerates. It is all about maximizing investment at the cost of taste. At the cost of talent. It is about moving Product. And these products have an increasingly short sell-by date. Most of these people who are plastered on the cover of Teen People (hmm… AOL TimeWarner, which owns HBO, owns that, too…) have careers with all of the substance of cotton candy. Chances are, 20 years from now Eddie Money is more likely to still be performing with Ringo’s All-Starr Band at outdoor concert venues while most of the people of Spears’ ilk will be performing at some sort of dinner theatre. (While some may claim that she’s the next Madonna, I’d argue that there already is—or has been—a Madonna, and so that position has already been filled: There are no second acts.)

There is no question that Spears is now meant to appeal more to the people who are claiming that it is “wrong” than she is to the mobs of teens who attend her shows. Who has a greater degree of disposable income? And who can spell “hypocritical”?

One thought on “Calculated Oops”