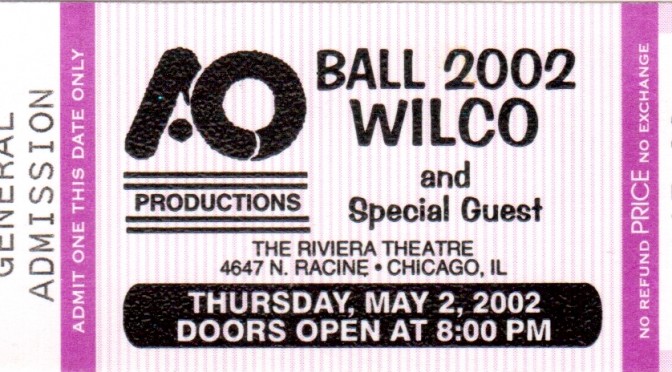 I love Elliott Smith, but man, he was a mess last night opening up for Wilco at an unannounced show in Chicago. It was really sad. He apparently slept funny on the plane and a couple of his fingers had fallen asleep and would not wake up. He told us this probably 75 times in the hour or so he was on stage. “Fuck! I keep concentrating on my fingers.” He would start a song, play the first few bars, maybe sing one line or two, and then stop, apologize, and tell us he couldn’t feel his fingers. “I keep concentrating on my fingers instead of the song, and I’m not going to play it if I’m not into the song.” I think he played a total of three songs all the way through, no shit. He probably started 30. “Just let me try to think of a song I can play with only two fingers.” If someone taped this, it’s going to be one of those monumentally tragic recordings that show a great artist totally bottoming out.

I kept thinking how that must have been what it was like to see Bukowski do a reading, but without the meanness toward the audience. Just the messiness of someone who’s fucked up.

I seriously hope he’s okay and that he gets his shit together. But it would not surprise me at all if Elliott Smith ends up dead within a year.