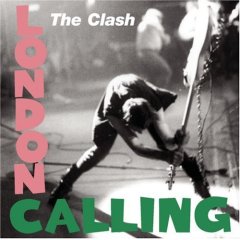 Jeff Tweedy lists some records that changed his life. Via Chromewaves.

“These were like the cool records that people in college listened to in the ’70s. As a kid, it doesn’t seem that strange, you know? I could identify with it. There’s a real primal element to it. I find it really exciting to listen to crazy music. ‘What the heck’s going on?’ You know-just lie there and transcend everything by figuring out that these people were nuts.”

“My wife and I have a passion for Herman’s Hermits that we discovered after we were married. It turns out that Peter Noone was her lone teenage crush. I think I was drawn to the heavy accents. It was so exotic-it was world music for me.”

“My brother had some really wierd records. This one is a Greek psychedelic band with Vangelis [who later recorded the Chariots of Fire theme]. They made this concept album about the Book of Revelation. I remember being terrified by it, but totally drawn to it. It’s so over-the-top and dramatic, it’s fantastic.”

“The first record I bought. I was visiting my sister in Arizona. We drove down to a border town and went into Mexico. My mom bought some Kahlua and I bought Parallel Lines. I think we also might have bought a poncho. I had probably seen their picture in magazines. Before I bought records, I bought rock magazines and would read stuff and daydream.”

“Wierdly enough, the only place for a long time to buy records where I was from was the Target. London Calling had a parental-advisory sticker on it because of the line ‘He who fucks nuns will later join the church.’ I’d just peel a little bit of [the sticker] away each time we went shopping. Finally, I got enough of it off so you couldn’t read why you shouldn’t buy it if you were a parent. I put it in the cart and begged for it. I really should come clean with my mom about that.”

“I never really got over how blown away we were to see them. There’s a musicality that we probably didn’t understand at the time. I think that’s what Uncle Tupelo was drawn to-to play with that kind of precision. To try to figure out a way to go from some kind of thrashing punk section, then completely stop on a dime and play some country music.”

“Sweetheart of the Rodeo was an inspiration. That’s an obvious one for the transition from a rock band to incoprporating folk and country elements. But the Notorious Byrd Brothers is way more integrated with those elements. Tupelo played these songs in rehearsal a lot. Or attempted to. There was so much overdubbing on those records for a three-piece to re-create, especially at the time.”

“They were this beautiful band, making luscious landscapes for a lead singer who basically sounds like he’s talking. He’d recite these half-songs/half-poems. There’s a lot of powerfully emotional stuff. Every time I listen to it, I think, ‘Wow, it’s pretty crazy how much I’ve gotten out of this.’ It doesn’t sound too far from the things I’ve attempted.”