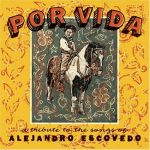 “No one ever said it was over.” Son Volt, with songwriter Jay Farrar at the helm, will begin recording their fourth full length album at the end of September. Update: Whole new line-up…

Midwest-based Son Volt, with songwriter Jay Farrar at the helm, will begin recording their fourth full length album at the end of September. Following a five-year hiatus, with the exception of the April 2004 recording of “Sometimes” for the Alejandro Escovedo tribute album, multi-instrumentalist Dave Boquist, bassist Jim Boquist and drummer Mike Heidorn will reconvene at Farrar’s St. Louis studio. Speaking about the “Sometimes” session, Farrar says: “It felt like we hit the ground running when we recorded Al’s song for Por Vida. Five years seemed like five days at that point. It proved that more recording and performing as Son Volt is something that should happen.”

As this revered band reconnects, a unique glimpse inside the Son Volt sessions will be offered. Beginning October 1, a web-camera will be placed in the studio to capture a day of pre-production and 16 days of recording. The webcama can be accessed at jayfarrar.net and will feature streaming photos that refresh every 5 seconds.

Farrar formed Son Volt in 1994 after the dissolution of Uncle Tupelo. With the release of Trace, Straightaways and Wide Swing Tremolo, the band was met with praise by the public and critics alike. From the plain-spoken chorus of “Windfall” to the gritty guitars of “Straightface,” Son Volt has always pushed the boundaries to blend traditional American music forms with poetic imagery and straight-ahead rock.

Son Volt is not currently affiliated with a label and plans to return to the road in early 2005.

SON VOLT BACK IN STUDIO: NEW LINE-UP ANNOUNCED, ANTHOLOGY IN THE WORKS

Jay Farrar’s popular rock band persona, Son Volt, is heading back into the studio to record their fourth full-length studio album—the first new release since 1998’s Wide Swing Tremolo (Warner Bros. Records). This time around, though, fans will be seeing (and hearing) a different collection of side musicians performing with Farrar. After several months of discussions and planning with the original Son Volt players—Dave Boquist, Jim Boquist and Mike Heidorn—Farrar was unable to reach acceptable business terms with the original line-up.

“Times change, and so do people, I guess,” reflected Farrar. “While I was looking forward to the reunion aspect of working with those guys, it just wasn’t meant to be. It’ll be liberating to get down to work with a different group of musicians. I had always envisioned Son Volt as a vehicle for my songwriting and expected it to evolve over the years. When I reformed the original band this year to record our track for Por Vida [the Alejandro Escovedo benefit album (Or Music)], it seemed like we might be able to extend that two-day session into two years of recording and touring—but it doesn’t look that way now.”

Fans will have access to these sessions through web cameras installed in the studio beginning October 12, providing a very rare glimpse into Farrar’s recording process as it actually unfolds. Access to these cameras (and other behind-the-scenes material) will be available at www.jayfarrar.net/webcam.

Also on the Son Volt horizon is an anthology of material from the first three Warner Bros. albums—including rare or previously unreleased soundtrack cuts, live tracks, demos and unreleased studio recordings from that era. This anthology, the new studio album, plus a long-awaited tour are all slated for mid-2005.

2 thoughts on “Son Volt Reforms and Returns to the Studio”