With the last light of the disastrous Bush years fading to gray we’re entering the beginning of the end of what has been a tremendously long political season. January 2008 is the launch of the primary season and just like that cold month in 1956, we may yet see a goofy kid with a funny name change America. The fact that a guy named Barack Hussein Obama isn’t laughed out of the race is a sign that things are changing. That he doesn’t court our darker fears for political gain is novel, but that he actually thinks America is better than everything George W. Bush has told us these past seven years gives Americans hope—maybe it’s naïve to think hope is anything more than a faded bumper sticker theme, but it’s hope that changes things. 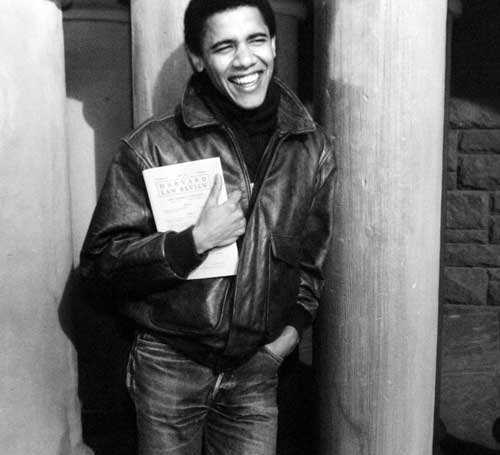 By dint of his own background, Barack Obama challenges the racial barriers that have for too long been exploited by mongrels and political sharpies to ensure they maintain their place of power—yes, from both sides of the aisle. Just look at the second paragraph of his Wikipedia entry:

Born in Honolulu to a Kenyan father and an American mother, Obama grew up in culturally diverse surroundings. He lived most of his early life in the majority-minority U.S. state of Hawaii and spent four of his pre-teen years in the multi-ethnic Indonesian capital city of Jakarta. A graduate of Columbia University and Harvard Law School, Obama worked as a community organizer, university lecturer, and civil rights lawyer before running for public office. He served in the Illinois Senate from 1997 to 2004, launching his campaign for U.S. Senate in 2003.

Want to see the face of change in the post-Bush years? Look at Barack Obama.

Glorious Noise doesn’t pretend to be non-political. We launched a National Affairs desk that leans more than a little left of center and our writing on music business issues probably makes the Wall Street Journal editorial board chuckle in their scotch at our utter disregard for Business Rules and the “rights” of the disembodied citizen that is a corporation. But we also don’t want to preach and we know that most readers of this site are more interested in where The Arcade Fire charts than how a particular political candidate is polling in Manchester, New Hampshire. So don’t take this as an appeal for your vote, but an appeal to your patriotism. If you love this country, then take a look at Barack Obama and then vote what you think is right. It might just change your life.

By restoring a modicum of hope in the hearts of this bunch of jaded cynics, Obama has earned the respect and endorsement of Glorious Noise as we grant him our “Upright Standing Man of the Year” award for 2007.