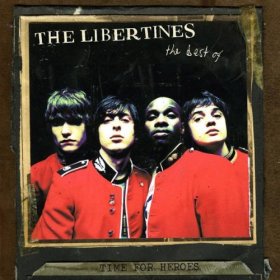 Just in time to cash in on the upcoming Babyshambles release, but a shy too late to live in the glow of this summer’s hysteria surrounding a Libertines reunion that has yet to materialize, Rough Trade is releasing a Libertines best-of collection. Set for release December 4, Time For Heroes – The Best Of The Libertines features 13 songs, including their debut single, “What A Waster” as well as B-sides “Mayday” and a re-recorded “Death On The Stairs,” which are available for the first time.

Full tracklisting after the jump…

Tracklist For Time For Heroes – The Best Of The Libertines:

13. What Became Of The Likely Lads