After three weeks of deadlock, the jury was released from duty today after the judge declared a mistrial for Phil Spector. The jury deliberated for 12 days, taking six ballots, but was unable to reach a unanimous verdict.

Spector was accused of killing Lana Clarkson, a B-movie actress who had fallen on harder times and was hostessing at the House of Blues, on February 3, 2003.

Anyone who knows anything about the history of rock and roll knows Spector is no stranger to guns. In fact, four women testified of their own gun toting encounters with with Wall of Sound inventor.

Stories of Phil Spector’s gunplay mounted over the years, including his discharging a firearm while in the studio with John Lennon during the recording of his cover album Rock ‘n’ Roll, placing a loaded pistol at Leonard Cohen’s head during the sessions for Death of a Ladies’ Man, and forcing Dee Dee Ramone to play bass guitar to Spector’s specifications at gunpoint. Cohen told “Rolling Stone” magazine in 1978 that, “Phil couldn’t resist annihilating me. I don’t think he can tolerate any other shadows in his darkness.”

No word as yet whether prosecutors will retry him. 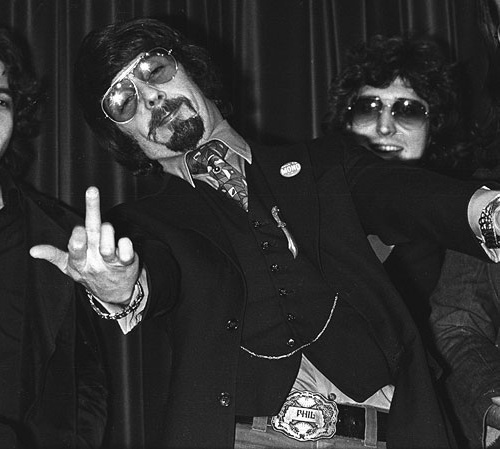 Making of End of the Century

One thought on “Spector Gets a Mistrial”