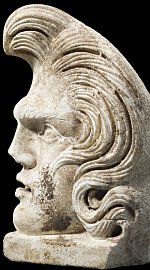 One thought on “Elvis Is Everywhere (Even Ancient Rome)”