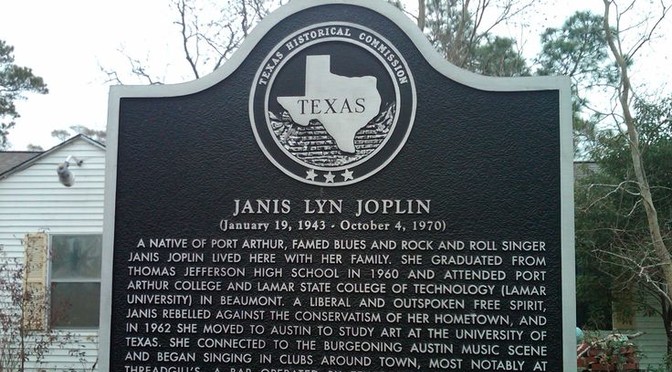 A house in Port Arthur, Texas that once housed a young Janis Joplin received a historical marker on Saturday, which marked the singer’s 65 birthday. According to the AP story, Joplin was 4 when her family moved into the house that now has the marker. The family moved out in 1975. Her first childhood home was torn down in 1980.

Fans still come by the house, said Alicia Sanchez, 48, who said she didn’t know anything about its former occupants.

“One day I just saw a TV crew out here shooting and I thought ‘What’s going on,'” she said. “I asked what they were doing and they told me that she (Joplin) used to live here. And then I started having people knock on my door asking to see my house.”

Who asks a perfect stranger if you can wander through their home? Fans are weird.