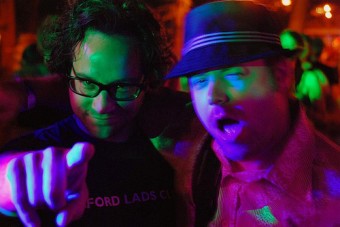 Just wanted to let everybody know that our man AMP has uploaded a ton more of his Lollapalpooza pics. And just for fun, he compiled the best of the bunch into a cool little video.

The soundtrack of the video is Radiohead‘s live Lollapalooza version of “The National Anthem.” You gotta love how they mixed in some Greg Kot audio from Sound Opinions… That old Thom Yorke, always sucking up to the critics!

MP3: Radiohead – “The National Anthem” (live in Chicago, August 1, 2008, courtesy of Radiohead Not For Profit)