GLONO catches up with upstate New York’s The Felice Brothers and discovers a new term: Saloon Core. Bust out your suspenders and dust off your squeeze box, it’s party time.

The first time I saw The Felice Brothers perform, I hadn’t even heard of the band. They were the opening act for Son Volt at the House of Blues in Chicago. Since the show was a Chicago Cubs charity benefit, I assumed that The Felice Brothers were either; a) the pet-project band of some Cubs’ player who fancied himself a rock and roller in the off-season; b) a Cubs’ player’s son’s band that said-player had finagled into the opening slot; or c) a local band who was playing its biggest gig since last summer’s Wrigleyville Street Festival. Thankfully, none of these assumptions were correct.

Instead, I was treated to one of the best new bands I’ve seen in years. In fact, I was mesmerized by The Felice Brothers’ set, and they immediately joined a very short list of great bands that I’ve first discovered as an opening act. The band had managed to turn the House of Blues into a back porch hootenanny (no small feat when the audience is paying six dollars for beer in plastic cups), and they quickly won over the audience; not only holding the crowd’s attention but managing to get them dancing and singing along.

After the band’s set, I found the accordion player, James, manning the merch table by the bathrooms and told him how much I’d enjoyed the performance. I bought a CD, which came in a blank, white, cardboard holder that looked like it had just come from Disc Makers. I listened to the disc that night and it sounded amazing as I drove through the dark on an empty Lakeshore Drive towards home. The songs sounded just as good the next morning in the harsh light of day crawling through rush hour traffic. This is a band that can provide the soundtrack to both a raucous, whiskey-drenched night and the shaky, regretful morning after.

As it turns out, I may be a bit late to The Felice Brothers’ party. The band has released 3 self-made albums garnering critical praise in the U.K. from the likes of Mojo, Uncut, and the BBC. Stateside, The Felice Brothers have been featured on NPR and written about in numerous blogs and music sites. The group also recently played a series of gigs opening for Drive-By-Truckers. A previous opening slot for Bright Eyes resulted in the band’s signing to the new Team Love label (created by Conor Oberst), which recently released The Felice Brothers’ American debut.

This new album is a collection of previously released songs and newly written tunes. Nearly every review or article about The Felice Brothers includes references to The Band and Bob Dylan, certainaly apt comparisons. But there are many other influences in the mix – Woody Guthrie, Bruce Springsteen, Tom Waits and even The Faces (though more on the Ronnie Lane side of The Faces).

Much of the group’s songwriting centers on characters that evoke the literature of William Faulkner, John Steinbeck and Mark Twain. The result is truly American music that somehow feels vintage and contemporary at the same time. After seeing The Felice Brothers at SXSW this year, a friend of mine coined the term “saloon-core” to describe their sound. It fits as well as any label they’re likely to get saddled with, and at least it’s a change from alt-country or Americana.

As good as the new album is (and it’s very good), it doesn’t capture the roof-raisin’, back porch sing-along, medicine show hootenanny vibe that the band creates in its live performances. Fortunately, the GLONO Video crew was on hand last month when The Felice Brothers barnstormed Schubas Tavern in Chicago. We also spoke with James and Simone (two of the three Felice Brothers) and the band’s bass player, Christmas. Check it out. 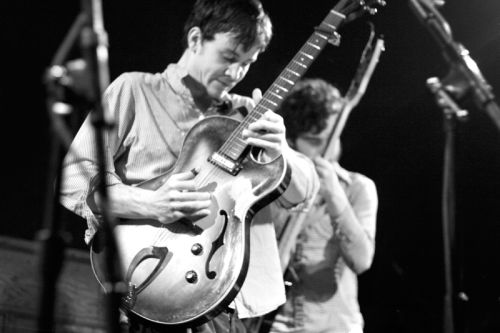 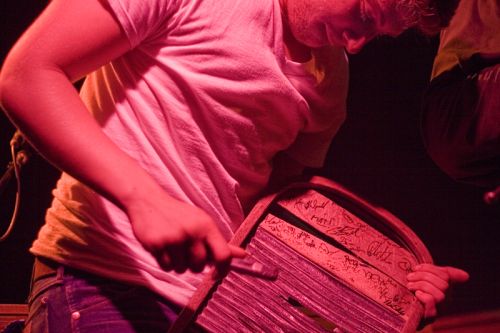 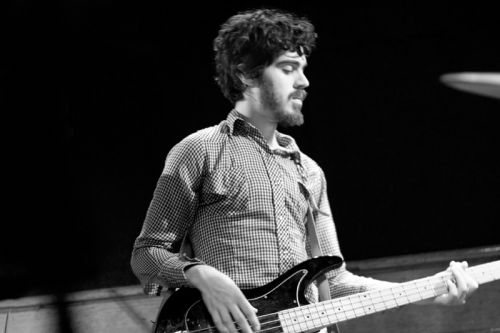 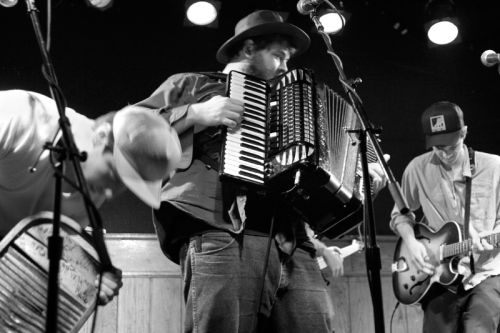