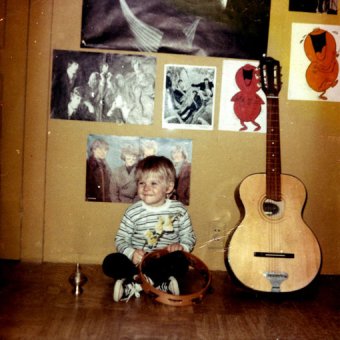 According to Rolling Stone, Charles R. Cross was granted unprecedented access to Kurt Cobain‘s archives for a new book, Cobain Unseen, out now.

“It was like a James Bond movie,” Cross says of the high-tech Seattle bunker. “But once you got past security, all his possessions were just in boxes.” With these artifacts, put into storage following Cobain’s 1994 suicide, Cross pieced together a remarkably revealing visual history of Cobain’s private life — from his childhood drawings to snapshots (taken by Courtney Love) of Cobain and daughter Frances Bean.

The Stone has a gallery of sixteen images from the book.