The lowest numbered copy of the Beatles’ White Album has been posted on eBay. According to the posting:

Some years ago, this album was taken into the collectors shop named ‘Vinyl Revival Records’ in Newbury, Berkshire, England by a musician (they did not disclose who) who had visited John in the flat that he shared with Yoko in late 1968 (that was owned by Ringo) at 34 Montague Square, Marylebone, London W.1. The musician saw a pile of White Albums on a table and asked for one. John readily agreed, but said ‘Don’t take No.1 – I want that’. Instead he took No. 5′.

The album then passed into the hands of Beatles specialist dealer ‘Good Humour’ who then sold it to its current owner who has now commissioned me to sell it on his behalf.

November 22 marks the 40th anniversary of the album’s release. 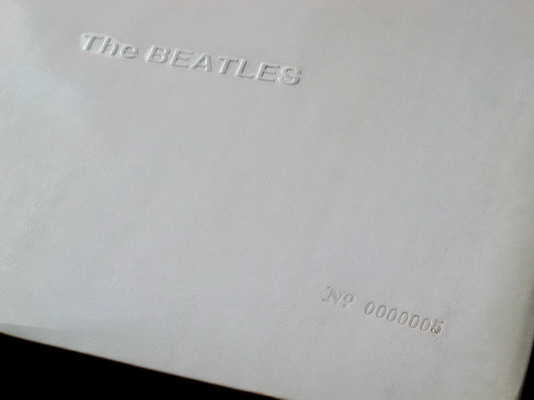