Arctic Monkeys and Screaming Females at the Riviera

The last two songs played over the PA before the Arctic Monkeys took the stage were Black Sabbath‘s “Paranoid” and Love‘s “Seven and Seven Is.” So that’s the kind of show this is going to be, I thought to myself, as the spotlights illuminated the stage and the crowd roared with the applause.

And it was that kind of show. At least for the first half. They front loaded their set with every fast song in their repertoire and the not-quite capacity crowd at the Riviera was going thoroughly and appropriately nuts.

Frontman Alex Turner clearly deserves the credit he gets for his clever songwriting and distinctive voice. But the true star of this band is drummer Matt Helders. He is a monster and being able to watch him beat the shit out of his drums is pure transcendent pleasure. This is why we go out to see live music. His bio on his kick drum head doesn’t lie: dude truly is an agile beast.

Not that they’re so tight, they’re slick. Not by any means. There were a few clumsy intros, which actually came across as charming—it is, after all, only rock and roll—but once they got going, the band played like they’ve been touring non-stop since July. Which they have. It was August when we saw them at Lollapalooza and they haven’t let up. 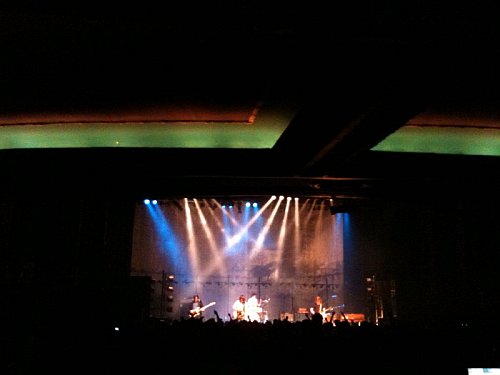 Not sure if they ran out of steam, or if it was a conscious decision to alter the pacing for the second half of the set, but once they slowed things down, they never regained their momentum. And by the end of the main set, I found myself distracted by the maneuvering of the lighting guy instead of paying attention to what was happening on stage. (This was made possible because I was standing in the “parents” section behind the soundboard while all the kids went apeshit up front.)

Their ballads, mid-tempo, and mixed-tempo songs are fine. In fact, “Cornerstone” is one of the highlights of their most recent album, Humbug. But to not mix them up with the occasional stomper left me glancing at my watch. The band seemed to be enjoying themselves though. By the end, I was satisfied with the brevity of their set.

A band with only three albums has no business playing longer than an hour and a half and the Arctic Monkeys didn’t overextend their welcome. Had they thrown in “Teddy Picker” or saved “Brianstorm” or even “Dancefloor” for later in the set, they would’ve left us wanting more. 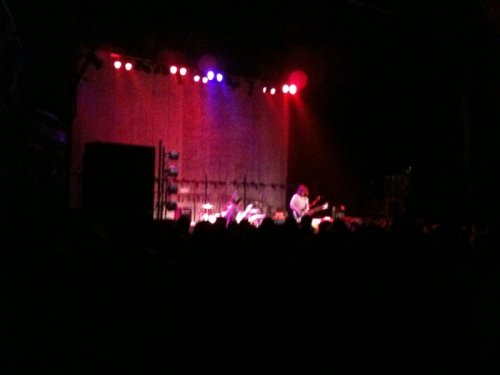 They recently opened up for the Dead Weather, and the buzz has been rising steadily. Believe the hype. Marissa Paternoster is a little tiny woman with a huge voice and a penchant for getting completely crazed on her guitar. The night before the show, my man Johnny Loftus had recommended that I get up as close as possible to experience the full effect of her antics. Unfortunately that wasn’t possible because, as I mentioned previously, the all-ages floor was packed with kids. But even back in the comfort of the bar area, you could feel the power of this trio.

My only criticism is that I wish the drummer would hit the drums harder. He seemed a little too dainty compared to the absolute badassery of the other two. Perhaps he’ll learn some tricks from Helders on this tour. After that, I hope they come back around on their own before they get too big. I’d love to see them at the Empty Bottle.

FTC Disclosure: Glorious Noise got into this show for free because the Screaming Females’ publicist put us on the guestlist.

5 thoughts on “Arctic Monkeys and Screaming Females Live in Chicago”