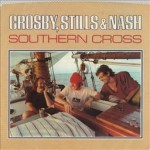 It’s no wonder I never listened to the lyrics before. The first couple of verses are just your standard geographic setting, albeit with a South Pacific location. I don’t know or care where Papeete or the Marquesas are. But then the story finally starts:

So Stills is off on his boat after getting dumped by his lady when he comes to a striking revelation: he’s a dick, and he didn’t deserve her. Boom. Then we go immediately into the chorus, so you don’t really have a chance to think about what he just hit you in the face with… And that chorus is divided into two parts, the two different themes of the song, and they kind of cancel each other out, so you don’t really understand what he’s talking about at first. Let’s skip the first half of the chorus for now, and stick with the part about the girl:

So we’ve got Stills running around all over the place. Why? To see the world? To play concerts and make a fortune? Nope, he’s looking for someone (a woman-slash-girl, ha ha—either will do) who believes in everlasting love. Simple right? Maybe not.

When you see the Southern Cross for the first time,
You understand now why you came this way.
‘Cause the truth you might be runnin’ from is so small.
But it’s as big as the promise, the promise of a comin’ day.

The Southern Cross is a constellation that you can only see from the Southern Hemisphere. I’m sure there are lots of other stars you can see down there that you can’t see up here, but that’s the most striking. I went to Bolivia with my church youth group when I was in junior high, and there were three things I knew I wanted to check out down there: 1. to see if water running down a toilet goes in the other direction; 2. coca leaves; and 3. the Southern Cross. #1 turned out to be just a legend. #2 was difficult to stumble upon when traveling with your church youth group, despite the fact that it’s totally part of Bolivian culture. But #3 lived up to the hype. It’s pretty amazing to look up into the night sky and see entirely different stuff up there.

Which leads me back to the song. Stills reveals that he’s running from some truth, and seeing that constellation puts his problems into perspective. So he’s not just looking for a woman/girl. Notice that the narrative perspective shifts in this verse as well. In all the other verses and in the chorus, “you” always refers to the girl who ran away. But in this verse, he’s clearly referring to himself in the second-person. So he’s running from some truth, and she’s running away from him.

The final verse goes into a little more detail about this:

So we cheated and we lied and we tested.
And we never failed to fail, it was the easiest thing to do.

Ahhh, okay. Yeah, that stuff has the tendency to cause trouble in a relationship. But now it’s all “we…we…we…” First-person plural. He’s not quite ready to accept all the responsibility for fucking up. She messed around too. And she clearly is not the woman/girl who believes that love can endure. Which explains why he’s still going around the world, looking for someone…

You will survive being bested.
Somebody fine will come along make me forget about loving you

That’s a bitchy little barb and the end. A nice backhanded encouragement. Similar to Death Cab’s “Someday You Will Be Loved” (Stills’ sideburns weren’t the only things Ben Gibbard was paying attention to!). Thanks, pal.

But here’s where we circle back to the first part of the chorus, and it makes things more interesting.

Think about how many times I have fallen.
Spirits are using me; larger voices callin’.
What heaven brought you and me cannot be forgotten.

He’s fucked up a lot. That’s clear. But his music is bigger than himself. Stills is just a vessel for his muse. Speaking of vessels, turns out the whole boat thing is a metaphor, too:

I have my ship and all her flags are a flyin’
She is all that I have left and music is her name.

His boat represents music. It’s his music that has taken him around the world.

Despite the explication, the funny thing is that this song just sounds so good the lyrics hardly matter. Which explains why I never even noticed them until recently despite the fact that I’ve heard the song hundreds of times. Sure, it’s yacht rock in every sense of the phrase. Jimmy Buffett has even covered it! But hey, just because you can make fun of it doesn’t mean it’s not good.

Wikipedia, as it’s prone to do, ruined a lot of my memories of “Southern Cross.” For one, it wasn’t released until 1982, which places it squarely after my Coast Guard Festival years. On top of that, it was co-written by a couple of dudes I’ve never heard of, and apparently, neither David Crosby nor Graham Nash sang or even played on it. So that’s a bummer.

But none of that matters when you’re listening to it, and it takes you back to a place and time where the facts don’t matter. The truth is more real than facts, and when I hear this song I’m back in the world of my childhood, on a boat with my mom and dad. And the fact that that world no longer existed by the time this song was actually released hardly matters. The truth, after all, is as big as the promise of a comin’ day.