Lucy Vodden, Julian Lennon‘s classmate and the subject of a drawing Lennon showed his father that inspired the Beatles song “Lucy in the Sky With Diamonds,” died of Lupus on Tuesday, reports BBC News. She was 46.

Most assumed the song was an ode to LSD and it was banned from broadcast by the BBC in 1967.

Speculation swirled for years about the actual identity of the girl pictured. Julian later confirmed it was Vodden: “I don’t know why I called it that or why it stood out from all my other drawings, but I obviously had an affection for Lucy at that age. 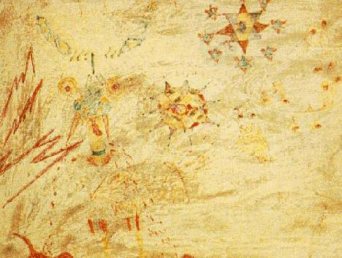 “I used to show dad everything I’d built or painted at school, and this one sparked off the idea for a song about Lucy in the sky with diamonds.”

According to The NME, Julian Lennon had been in recent contact with his former classmate:

Her death was announced by The St Thomas Lupus Trust, who had been caring for her.