I’m going to confess that, while I was waiting for the release of Mastodon’s Crack The Skye (review), I totally immersed myself in Kylesa‘s Static Tensions and the experience was very gratifying. While the Savannah, Georgia quintet delivers a different kind of metal than their Atlanta brethren, it is an equally challenging offering.

It would be easy for a band with drop tuning foundations to get lost in the landscape. After all, there is a ton of bands out there wallowing in the sludge and most are interchangeable. What Kylesa have going for them is a lean set of tracks for their fourth effort, logging in at an efficient 40 minutes and nicely decorated with aggressive riffs and plenty of trippy sidesteps.

While none of the tracks reach the six-minute mark, there are enough psychedelic meanderings within the guitar parts to make everything sound concisely epic.

Then there’s the band’s ace card—a dual drummer attack—which is immediately noticeable but curiously underutilized. Drummers Carl McGinley and Eric Hernandez frequently drum in tandem with each other instead of against each other’s patterns. There are plenty of moments of polyrhythmic workouts but surprisingly little in terms of bashing every bit of white space into a whimpering pulp. There’s nothing wrong with this approach, mind you, but I expected a band with this type of arsenal to use it to the fullest.

One of the most enjoyable aspects of Kylesa’s approach is guitarist/vocalist Laura Pleasants‘ contributions. Thanks to a strategy that splits vocal shifts between her and other vocalist Philip Cope, Static Tensions doesn’t wear thin and the result is a metal album with brains, heart, and hints at the possibility of greater things.

Kylesa is band with a revolving door of members, which has been their Achilles Heel for past efforts; there’s been little opportunity to grow as the band focused on getting the right members on board.

Thankfully, they have a fine line-up in place for their upcoming tour as Mastodon’s opener. Here’s hoping the journey will solidify this line-up’s camaraderie and spark them to look at further forays into the more aggressive corners of stoner metal. Because Static Tensions demonstrates, it’s a journey that Kylesa is well equipped to undertake and that they might be miles ahead of their closet competitor already. 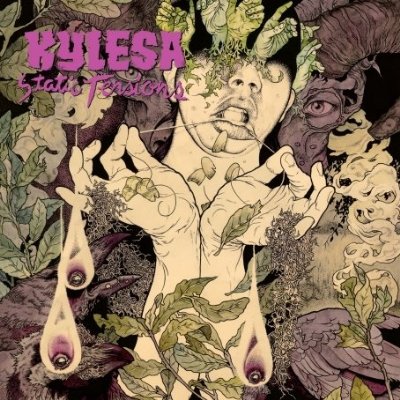