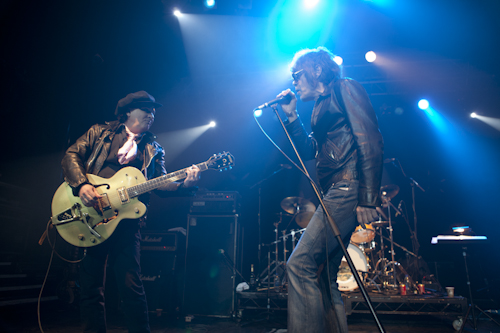 The New York Dolls were not grounded by the Icelandic Volcano. They arrived in London on their tour bus after playing in France. This was their only UK date, and I got the feeling they were playing here because they are free spirits and…because they can.

This band did not disappoint, quickly building a connection with the crowd starting with “Looking For A Kiss” – but they’re not resting on their past. The recent songs such as “‘Cause I Sez So” and “Tommy” kept the crowd moving as much as the inspirational early material.

Their loyal fans—spanning generations—came to join the party. Back in the 1970s this venue was known as the Music Machine, and many punk groups played here, including the Clash and the Sex Pistols. It seemed fitting that Sylvain dedicated the Johnny Thunders song “You Can’t Put Your Arms Around A Memory” to the “rock and roll soul of Malcolm McLaren”.

The New York Dolls will be returning in the summer to play Rebellion Festival in August. 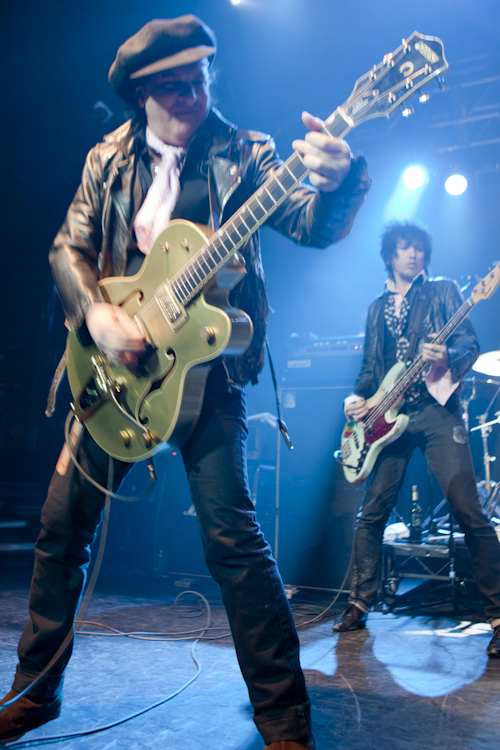 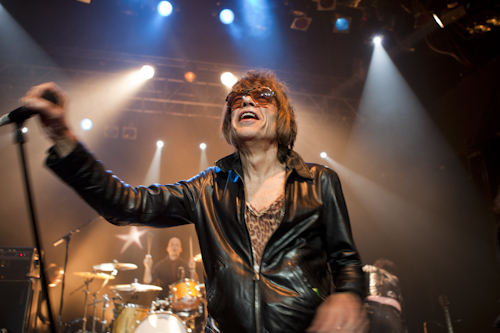 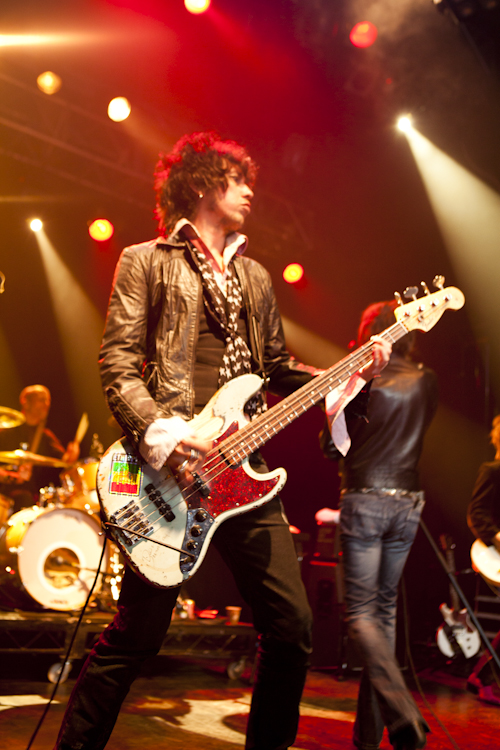 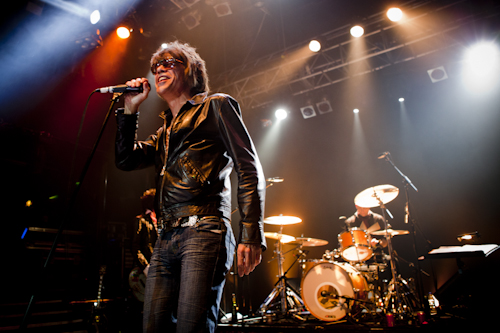 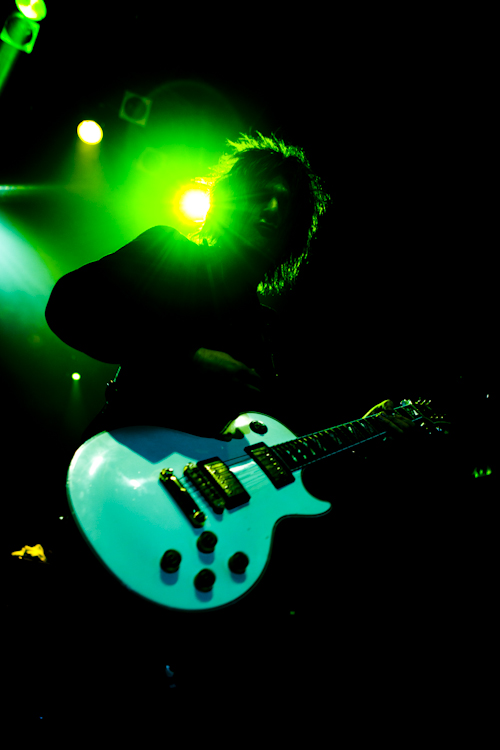 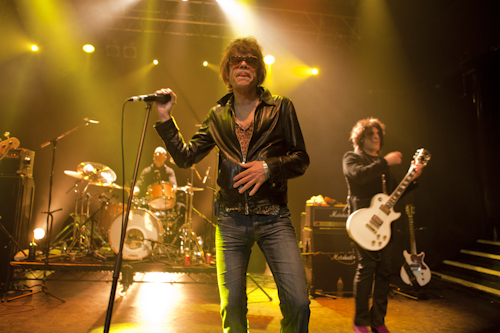