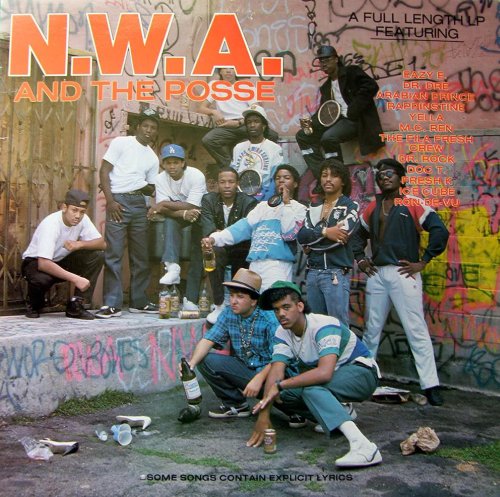 • Arabian Prince: “Eazy was the only one in the hood who was really a real gangsta — doing the drug thing, doing everything else. All the rest of us were just DJs. We were producers, we had done a lot of records, and that’s how the whole thing came together. Cube wasn’t actually doing anything. He was in school [in Phoenix] until we brought him back. Ren was just Eazy’s boy; he lived down the street from him.”

• Sir Jinx: “When we went on the road they used to change Eazy’s eight ball to apple juice. He’d sit there and down it on stage and the crowd would go berzerk, but Eazy didn’t even drink. None of us drank.”

• DJ Scratch: “The picture was going to be taken later in the day, and we all had to get Jehri curls done and all that.”

• Kid Disaster: “It was funny because everybody brought 40s and no one really drunk 40s back then. We had to make it look like we drank some so we just opened them up and poured a little bit out. We were all virgins, man.”

One thought on “N.W.A. and the Posse: Where Are They Now?”