In fact, there is very little written word throughout the 300-plus pages, which means that editor Johan Kugelberg has compiled a visual narrative that is almost obsessive in scope and wonderfully laden with rare finds.

There’s the obvious album artwork, concert posters, and intimate photographs that put New York Art in coffee table territory. But for the rest of us, the blessings come from Kugelberg’s unprecedented access to Andy Warhol‘s “time capsules,” boxes upon boxes of stored memorabilia that range from record contracts, promotional material and press clippings—some of which brutally challenges the band’s musicianship and question Warhol’s motivation in promoting them.

Through all of this, the show bills tell a different story. The Velvet Underground were a band that spent a great deal of time on the road and, judging from some of the photographs of their performances, one that played more than a few nights on a stage set up beneath a basketball hoop in the university gymnasium. 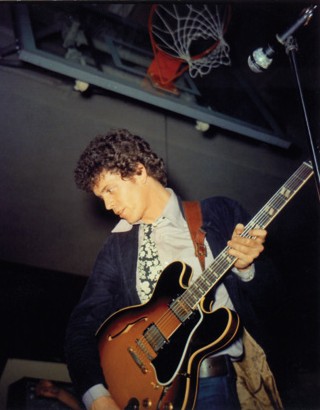 If the parade of concert posters tell of a road hard band, the audio footage from this period confirms it. The Quine Tapes show the Velvet Underground as a very capable and compelling live unit and one that was good enough to draw a decent following in such hard-nosed rock locales like Cleveland, Detroit, and Boston. Strangely, the concert posters also show a band that spent very little time performing in the city they’re synonymous for: New York City.

In some ways, New York Art succeeds in a way that Uptight doesn’t. While Bockris/Malanga’s book does wonders with narrative, New York Art manages to place you right in the moment of when these innovators walked among the living. The visuals show us a band that didn’t dwell within the prerequisite fifteen minutes that the Warhol association provided them. Each image shows the V.U. in a very believable state: the stage. It wasn’t until after those performances ended when we began the mythmaking pieced together by vague recollections, the debauchery of Reed’s lyrics, and sporadic releases of the V.U. fanzine What Goes On.

New York Art weaves a visual documentary of the band transitioning from Warhol hipsters into legitimate road warriors. Only now can we see the waste and shame in half-filled venues featuring a band that was indeed a decade or more ahead of its time.

Those concert posters and other memorabilia included also serve as a reminder that the next batch of groundbreakers may be performing right now in some dingy club or at some local university.

And hopefully, someone has the good sense to save a flyer or two from the show.

One thought on “The Velvet Underground: New York Art”