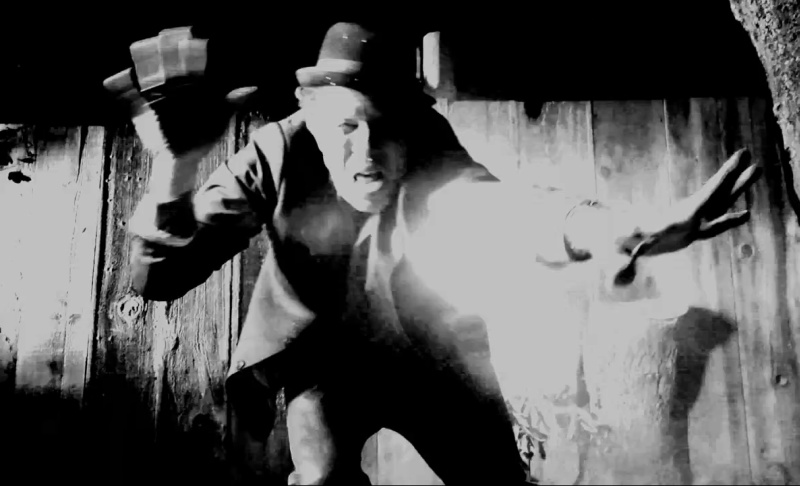 It’s always a pleasure to see Tom Waits getting freaky in a new video. While it might be possible to argue that he’s been treading a lot of the same ground since 1992’s Bone Machine, he continues to raspily breathe new life into his form. The new album, Bad As Me, sticks to the formula of mixing a bunch of clangy brawlers with a few (too few) moving bawlers, but hey, it’s Tom Waits. Nobody else is making music anything like this so if he wants to release the same damn album every five years, I’ll keep buying them and loving them.

“Satisfied” features Keith Richards and Marc Ribot on guitars. It’s a shame Waits couldn’t get Keith to appear in the video. I can picture old Cap’n Keef dancing around like a wasted pirate in the backyard.