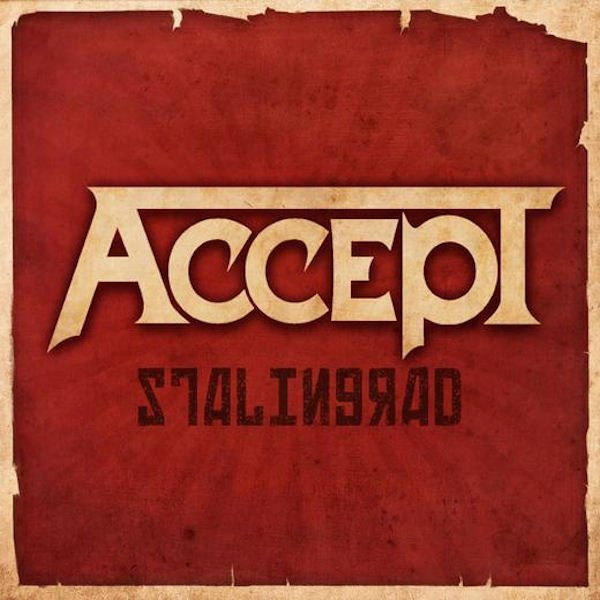 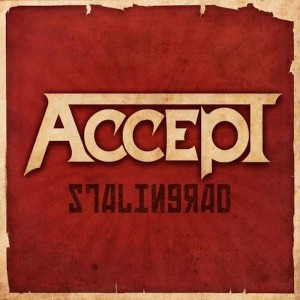 To admit to liking the German heavy metal band Accept requires an understanding that you’ll always end up defending the ridiculous video for the band’s biggest stateside song, 1983’s “Balls To The Wall.” If the image of a short, chubby vocalist with short-cropped blonde hair and a penchant for camouflage isn’t enough to put your infatuation through easy ridicule, then the image of a dummy version of Udo Dirkschneider actually riding a wrecking ball as it slams into a fake wall of bricks should surely do the trick.

I make no effort to defend that video, only offering that the riff on “Balls To The Wall” is so awesome that most guitarists would gladly give their left testicle to come up with a guitar part as spectacular. I’d also add that Sebastian Bach was spot on when he declared “Udo Dirkschneider” as the most metal name in rock music.

Accept circa 2012 is not the same band as it was thirty years ago during the heyday when they could afford things like Styrofoam bricks, stuffed Udos and videos recorded in bullet time. Hell, Udo isn’t even in the band anymore and only two of the band’s original line up remains active: guitarist Wolf Hoffman and bassist Peter Baltes.

To put it bluntly, why should you even give a shit about Accept circa 2012? For most of you, you probably shouldn’t, but for anyone else who can appreciate the beauty of metal’s adhesion to the riff itself and admire the sheer power of a male chorus chanting in an ominous Wagnerian manner such phrases as “Hellfire!” “Hung, Drawn and Quartered!” and “Stalingrad!” then Accept’s 13th offering is worth considering.

That’s fine for when the band makes a go of all the Accept songs that most fans will end up wanting during the subsequent tour, but it does nothing for the sake of the band’s relevance, seemingly two decades beyond their welcome.

Remarkably, guitarist Wolf Hoffman has put together a line-up and a set of songs that defy the perception of Accept beating a dead horse, making Stalingrad a legitimate contender in the metal community and a source of inspiration to anyone who isn’t quite ready to let their dreams die.

Hoffman unleashes 11 tracks of uncompromising Flying V action, and he does it with such ferocity that it sounds too good to be a second wind. He also catches everyone off guard with an entire concept album about the battle of Stalingrad that’s as heavy as the subject matter.

Utilizing the same epic approach found in many Power Metal bands, Accept is distinctively European even with Tornillo’s New Jersey heritage as the voice of their recent insurgence.

Much of the Stalingrad’s success comes at the hands of producer Andy Sneap, who presents each member with stunning clarity. He lent the same skills to Testament’s The Formation of Damnation and Megadeth’s recent releases, proving that he’s clearly adept at bringing old metal bands into the sonic landscape of the twenty-first century while retaining certain highlights of their catalog.

With Stalingrad, he’s helped renew Accept’s good fortunes, streamlining all of their talents into one tight package that suggests the band’s metal heart transplant is an overwhelming success.