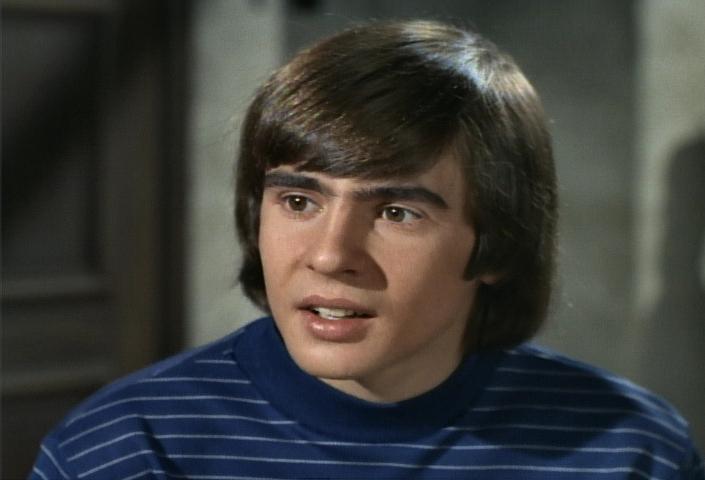 I was 15 years old and MTV had been broadcasting “The Monkees” TV show. I was a burgeoning sixties buff, already into the Beatles and Donovan. This was 1986, and I got into the TV series. I had seen A Hard Day’s Night and Help, but the slapstick goofiness of “The Monkees” was more accessible to me.

Davy was my favorite Monkee. No surprise since Paul was my favorite Beatle. I went for the cute ones, apparently. I coveted Davy’s perfect hair, which--alas--I could never have since mine had the texture of Mickey’s. Davy was funny, great-looking, cool, and short (like me!). It’s not much of an exaggeration to say I idolized him.

Future GLONO-founder Derek Phillips and I discussed the reunion tour in sophomore art class, where we had become friends. Another friend had seen them in Grand Haven that summer and we found out they would be playing Wings Stadium in November. We got tickets and spent our remaining art project time making a giant Monkees banner on a bed sheet.

But then MTV showed a special where they revealed what the Monkees looked like “now,” twenty years after the episodes I had been devouring.

And it freaked me out. Very, very badly.

Davy was no longer the cherubic young guy. He was an old man! Hell, he was 40 years old. Ancient. A grandpa in a terrible Miami Vice sport coat with awful, awful hair. His face was tanned and wrinkled. And I was shocked.

I realized at that moment that getting old sucks. You get ugly. You are no longer cool at all. And this idea made me miserable. For years and years, I dreaded getting older and lamented my lost youth. I would get nostalgic about how simple things were just a few years before. I took John Cougar’s advice to “hold on to 16 as long as you can” very seriously. And when I turned 17 I felt old.

I spent a good portion of my late teens and all my twenties feeling old. And I blame this on Davy Jones. It didn’t help that shortly after my initial Monkees obsession I started getting into the Smiths and reading Oscar Wilde. But it all started with Davy.

Only very recently have I finally come to terms with the idea that you just need to enjoy where you are in the world and not worry about how old you are now and how young you used to be. It’s liberating. And although it’s kind of a bummer that I wasted all that time worrying about it back then, I don’t beat myself up about it. That’s a waste of time too.

Of course, it took me a long time to figure this out. I’m 40 years old now, the same age Davy Jones was when he showed up on MTV and rocked my world. And now he’s dead.

I still love the Monkees music. I recently picked up a box of the (out of print) 1994/95 Rhino remasters, and it’s been great to listen to the album tracks again. I had all those albums on vinyl, but I had mostly been listening to the stellar Listen to the Band box which features songs remixed from the original multi-track tapes. The original album mixes are good, too, and it’s been fun discovering the minute differences.

I spent a lot of years defending the Monkees against people who couldn’t see past their manufactured origins. It’s been nice to see the need for that line of defense becoming obsolete as more people appreciate the perfectly crafted songwriting and performance on the first two albums as well as the strive for autonomy and integrity on the later albums while maintaining pure pop brilliance.

These days, it’s only grouchy old Baby Boomers like Jann Wenner who still seem to hold a grudge against the Monkees. And their time is running out.

Life is short. But we’re alive right now. So enjoy the time you have.

There’s an underrated late-era Monkees song called “You and I” that Davy co-wrote (and to which Neil Young contributes lead guitar) that sums up what I’ve been struggling to articulate here, and I think he’s actually singing to me right now.

You and I have seen what time does, haven’t we?
We both had time to grow, you know,
We’ve got more growing to do, me and you,
And the rest of them, too.

You can see the changes we’ve been going through,
Such a pity, what a shame. Who can we blame?
You and me, me and you,
And the rest of them, too.

In a year or maybe two,
We’ll be gone and someone new will take our place.
There’ll be another song,
Another voice, another pretty face.

The Monkees - You and I

That’s what time does, doesn’t it? The passing of time and all of its sickening crimes is making me sad again. And I blame this on Davy Jones. Again!

I’ll wrap this up on a lighter note. Here’s a photo of me and Phil in high school in 1987 or maybe 1988. Notice my shirt has two columns of buttons, which was as close as I could find to an authentic Monkees shirt at the time. 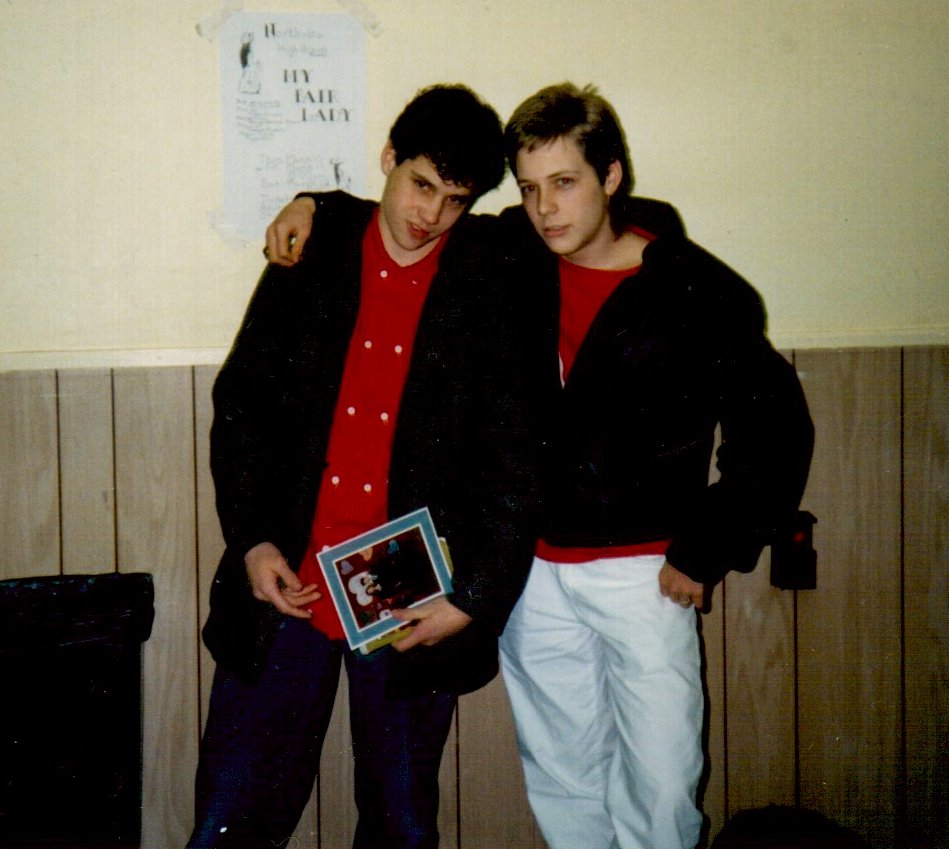 5 thoughts on “Davy Is Dead and I’m Freaking Out”