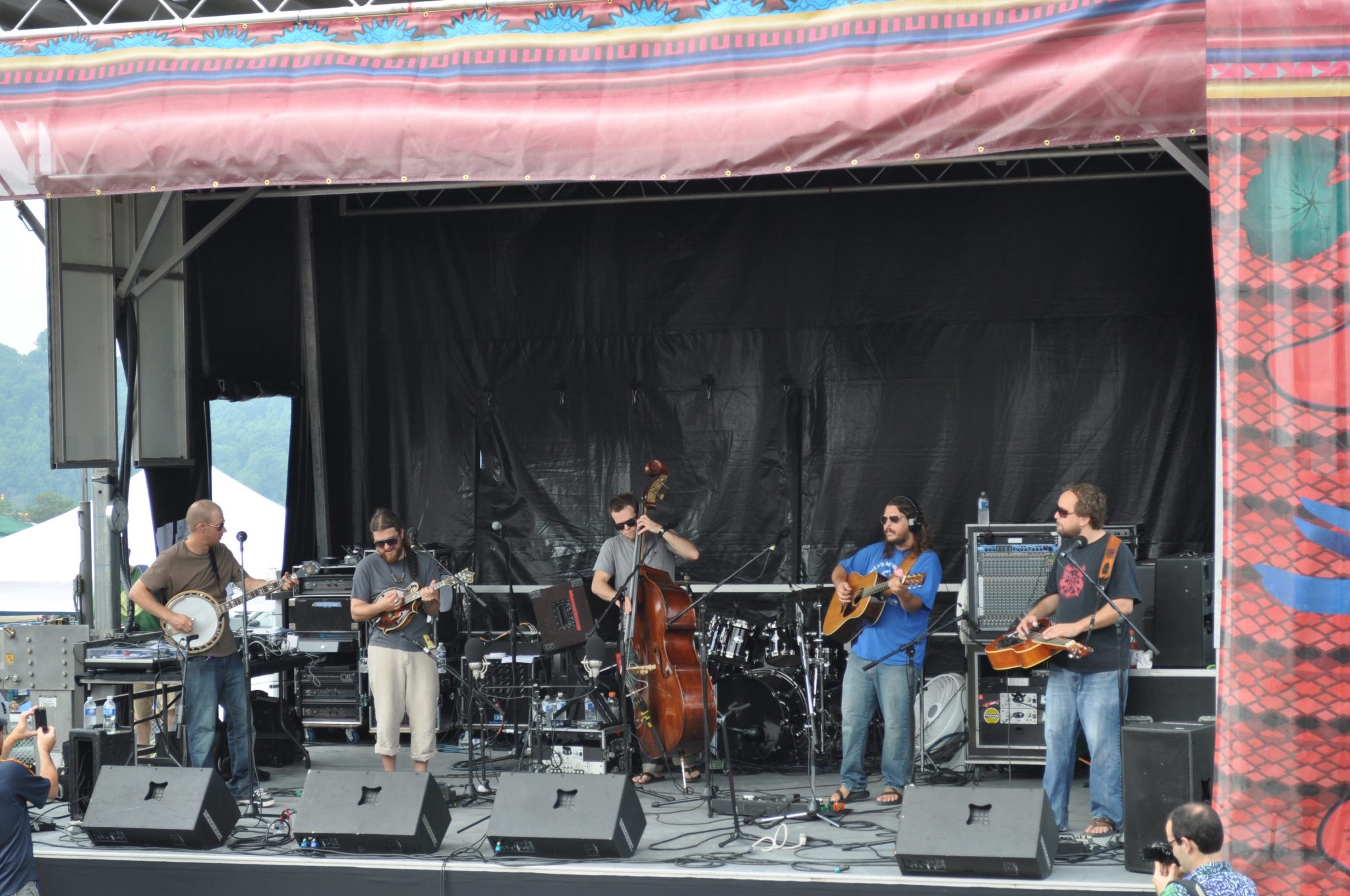 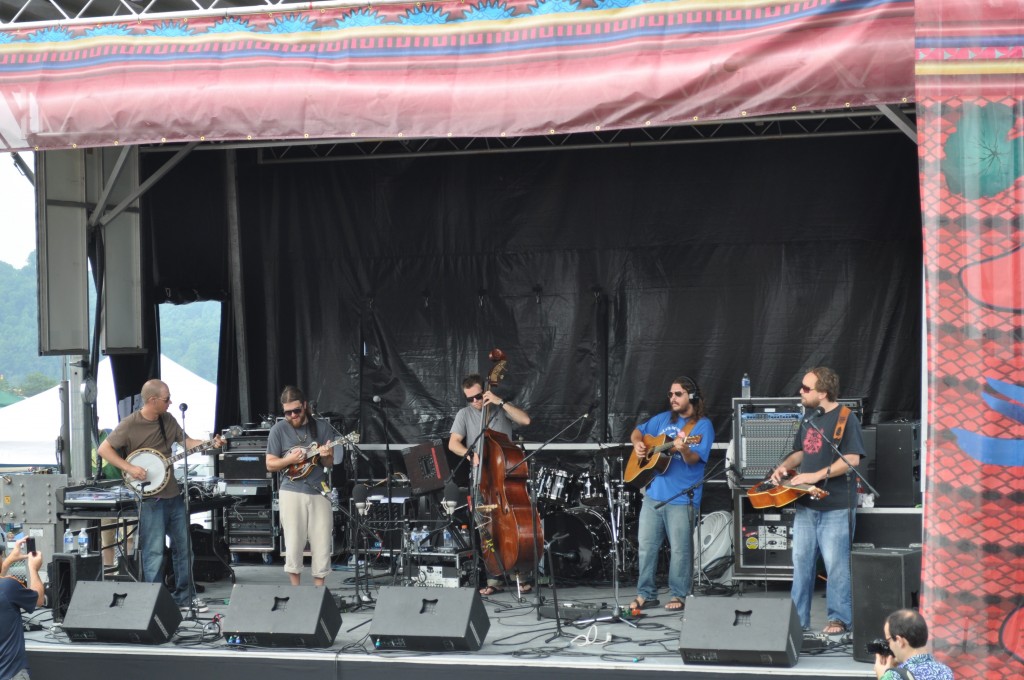 Greensky Bluegrass is a local Michigan band done good. Coming out of Kalamazoo, they hit a soft spot for me right away, since that’s where I (and some other GLONO folks) went to college. And they have done a lot of shows at a place I know well: Bell’s Brewery. I was drinking their beer when they were still putting it in wine bottles. And I look forward to summer mostly because that’s when Solsun Oberon is available.

More importantly, these guys have put together a great band. Their originals are fantastic, and they incorporate a lot of different bluegrassified rock covers. I don’t know what your conception of bluegrass might be, but I can tell you that Greensky’s music is joyous.  Something about the banjo playing just drives the band’s music forward with a bounce, the same way it did in Neil Young’s International Harvesters.

I’ve spent some time this week going through their 2012 shows and pulling out noteworthy covers. Below are five of the most enjoyable.

1. Greensky Bluegrass – “Atlantic City”. This may be my all time favorite Bruce Springsteen song. These guys give it the treatment it deserves. It’s like the middle ground between Bruce’s version and The Band’s version. To top it off, they end this particular show with an 11 minute “Small Axe” cover. Full show: February 8, 2012 – Bluebird Theater, Denver, CO

2. Greensky Bluegrass – “Don’t Stop Believing”. This cover pretty much speaks for itself. Journey, baby! Of course, most of the audience knew the lyrics and sang along. Full show: February 4, 2012 – Bell’s Back Room, Kalamazoo, MI

3. Greensky Bluegrass – “Time/Breathe Reprise”. This may be my favorite of the bunch. It’s got a jaunty bluegrass step to it that masks the morbid rumination in the lyrics. “The Sun is the same in a relative way, but you’re older, shorter of breath, and one day closer to death.” How about that banjo, though? Snappy and upbeat. Full show: January 26, 2012 – Canopy Club, Urbana, IL

4. Greensky Bluegrass – “Ain’t No Sunshine”. This is from their New Year’s Eve show at the Majestic Theater in Detroit. Somehow, these guys have managed to turn this song about love and heartache into a murder ballad. About love and heartache after the song’s protagonist has killed his beloved in a fit of angry passion. At least, that’s how it felt to me. And  it’s fucking fantastic. Full show: December 31, 2011 – Majestic Theater, Detroit, MI

5. Greensky Bluegrass – “Road to Nowhere”. They also played this when I saw them at the All Good Music Festival in 2010 (coverage here, here, and here). Full show: January 20, 2012 – Middle East Upstairs, Cambridge, MA

If you like what you hear, and want to explore more, intrepid tapers have been uploading full shows to the Live Music Archive for years. They’re also currently on their Spring tour – with some upcoming dates in Michigan. Check out the tour dates here and go see them if you get a chance.

7 thoughts on “Five From the Archive: Greensky Bluegrass”