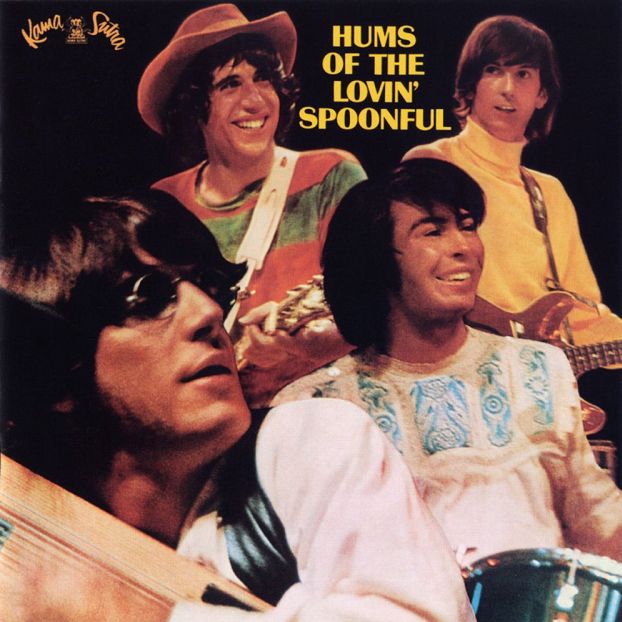 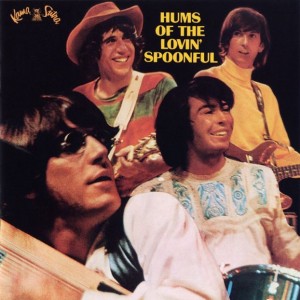 The Lovin’ Spoonful’s third record was one of those albums that suddenly found its way into my childhood collection, presumably a hand-me-down offering from my father when he figured out that the more time I spent dwelling in front of a record player was less time spent bugging him.

It’s true: at a very young age, I was enraptured by the hypnotizing 33 1/3 revolutions per minutes and would absorb every detail of each platter that mattered in my donated collection.

Hums Of The Lovin’ Spoonful was one of those records that mattered, only to be neglected and forgotten for many years afterwards, in many ways, the same way that public perception of the Spoonful themselves has followed.

Because, unless you’re the 13th Floor Elevators and have a bullshit patent on an “electric jug,” there’s not a lot of creative empathy if you call yourselves a jug band and play something referred to as “good time music.”

Hums is the record that actually attempts to demonstrate a wide diversity of styles, and most of the time it finds the band doing exactly that. From traditional folk, straight up rock, and even a legitimate attempt at country music, the Lovin’ Spoonful cram it all into this record, the last offering from the original line-up and their most compelling.

Spoonful vocalist John Sebastian pens all of the material, but the unsung hero is guitarist Zal Yanovsky who bounces between styles and genres so effortlessly that you’ll understand why R.E.M.’s Peter Buck is such an outspoken fan.

“Summer In The City” is the big hit that everyone’s familiar with, but Hums provided a pair of additional Top 10 hits with the gentle “Rain On The Roof” and that aforementioned attempt at country, “Nashville Cats,”  pre-dating The Byrds own foray into country music by a year or two.

“Nashville Cats” is such a convincing workout that even Flatt & Scruggs borrowed it for their own while Johnny Cash took a swipe at Hums’ “Darlin’ Companion” for his At San Quentin release.

With tack pianos, slide whistles, and a Jews harp in the mix, Hums Of The Lovin’ Spoonful is indeed good time music, but in the most inspirational way. It’s the sound of young men fully realizing the plethora of great music available to them, while trying to replicate the same sounds with respect and maturity.

The fact that their youth is reflected in their execution–the band is clearly having fun here–should not be a deterrent in discovering this forgotten gem. Hums Of The Lovin’ Spoonful plays like the unintentional classic record that it is, a collection of empathetic renditions of the music that inspired the band members, while inspiring a young boy in front of a record player who’s discovering music for the first time himself.

Video: The Lovin’ Spoonful – “Rain On The Roof”