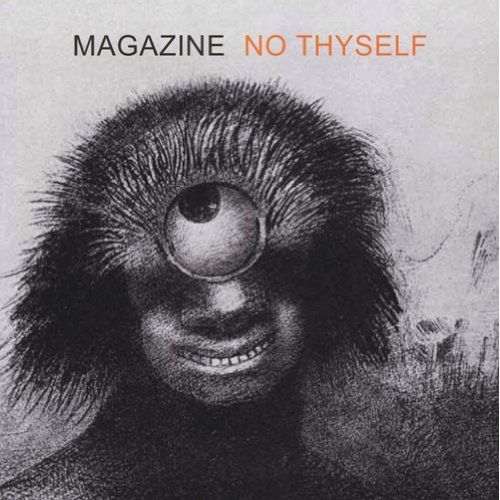 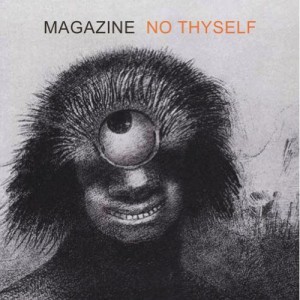 “I don’t give a fuck about you too,” deadpans Howard Devoto on “Final Analysis Waltz” from the first new Magazine album in something like forever. The reality is that no one retires a band after four records only to reprise it over three decades later. And I don’t care how ambivalent Devoto claims to be; there has to some need to create with his old band members and some desire to connect with those longstanding fans for one last hurrah.

So yeah, I’m betting that Devoto does give a fuck.

Good luck trying to find any hint of appreciation from Magazine’s frontman as they weren’t very good at throwing a party, choosing instead to turn Devoto’s brief hints of bullocks during his time with the Buzzcocks into brooding passages of post-punk pathos by the time they were all said and done.

The concern then is that Devoto clearly found a certain amount of positive energy during these past thirty years to make Magazine’s silence somewhat explainable, but I’ll be good goddamned if No Thyself is just as clinically depressed as their first run.

There are some names missing from the latest lineup: original guitarist John McGeoch passed away in 2004 and bassist Barry Adamson left after the initial reunion shows in 2009. Those that remained and those that were added have still managed to turn No Thyself into a nice bit of modern bent while adding nicely to Magazine’s brief yet respectable output.

I’m hesitant to mention a troubling bit of lyrics–the likes of which my Swedish grandmother would say “Ish”–for fear that it officially qualifies me as turning a bit prudish as I grow older. But here goes: There’s a part in the song “Other Thematic Material” where Devoto gets quiet graphic concerning male ejaculate–which, given Howard’s quirky and unstable vocals–become quite uncomfortable as he continues to expound on that x-rated topic.

But that same creepiness works wonders on tracks like “Hello Mr. Curtis (With Apologies),” where Devoto addresses the early parting of Ian Curtis and Kurt Cobain by declaring “I’ve made my decision to die like a king…like Elvis…on some godforsaken toilet.”

No Thyself is a refreshing reminder that Devoto still isn’t willing to compromise Magazine’s worthy nameplate with safe topics and timid approaches, no matter how inappropriate they may be. Its unique blend of Devoto spread finger jazz piano chords and guitarist Noko’s tremendously angular guitar work, and it’s all worth a new cover shot.