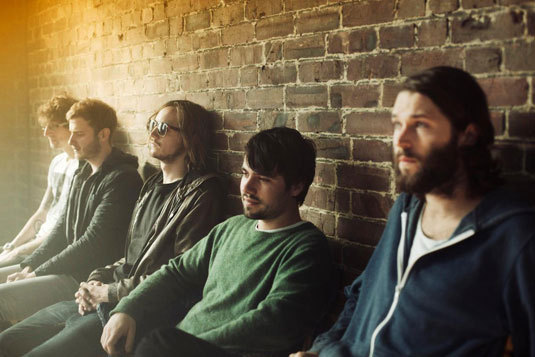 From Matt of Dry The River:

Sunshine. You cant get that in England. Especially not indoors.

We’re the same day as Sabbath so that’ll be cool. I’m also gonna try and get to Dr Dog and Sharon Van Etten that day. I really want to see Frank Ocean too.

Our tour manager makes bad smells. Everyone else has headphones in and sleeps so they’re alright. Definitely Simon the TM. Absolutely disgusting.

I bought an EP by Gallops and by Tall Ships, two British bands. I try and support small labels by buying their stuff. If you’re on RCA forget it. Actually I just bought the new Antlers EP too. Love an EP.

The sunshine and the nice friendly people that come to our shows there. We were really pleasantly surprised by the turnout the last time we played. Lame answer? Don’t care. Michael Jordan.

Too bad suckers! But see you soon! Then maybe a smiley face or a x