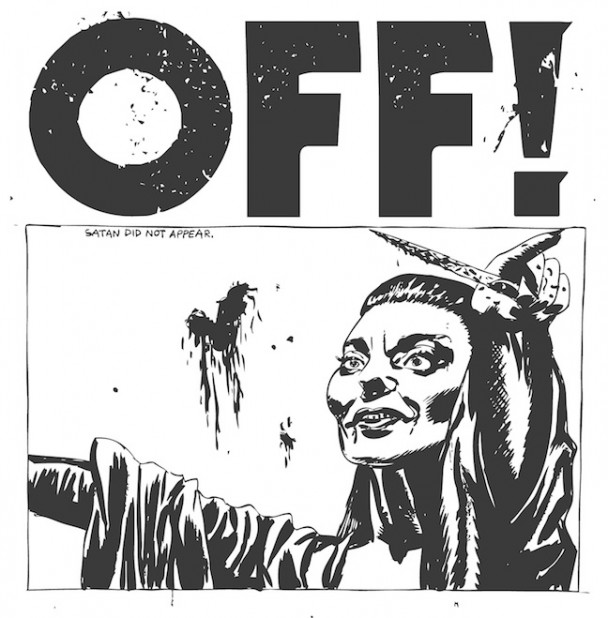 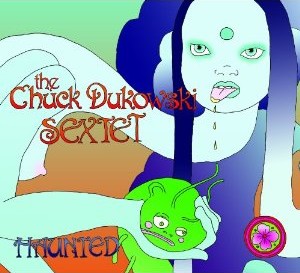 The importance of L.A.’s punk pioneers Black Flag cannot be understated. Even if history only confirms one album, Damaged, as the band’s crowning achievement, you have to consider the band beyond anything committed to magnetic tape. From their grueling tour schedule, to the D.I.Y. ethos of their label SST Records, to their dangerous encounters with the Los Angeles Police Department, Black Flag is a band that could never be duplicated in today’s world. Not that you’d want to, based on their numerous war stories.

Because of this, the members of Black Flag’s continual line-up changes deserve a bit of respect in their post Flag offerings, regardless of how important their career changes were.

For Black Flag’s first vocalist, Keith Morris, that respect was secured with the Circle Jerks, another prominent SoCal punk rock band that continues to inspire and be revered even in the new century.

For Black Flag’s original bassist and occasional wordsmith Chuck Dukowski, the ability to say something nice about his work after Flag becomes a bit of a stretch. After researching and re-listening to Duke’s work in such forgotten SST releases by SWA and October Faction, the best thing that can be said is to leave well enough alone.

It may surprise some that we can now consider both of these alumni as legitimate members of the post-millennium music scene, not just card-carrying SST members looking to cash in on a bit of nostalgia, although both men have participated in at least some kind of reunion effort of their former glories.

Dukowski’s current gig centers around a band that bares his name: the Chuck Dukowski Sextet. The CD6 features Chuck’s wife Lora on vocals, an artist who not only delivers stunning visual pieces (check out the band’s album covers) but also a surprisingly awesome vocal take on the Dukowski penned Flag classic “My War” from the band’s debut album, Eat My Life.

They included the cover on a split 7” they did with Mike Watt’s Missingmen project last Spring. The effort was released on their new record label Org Records as a way to remind listeners of Dukowski’s lineage, a promotional tactic that must have worked since it certainly put the CD6 on my radar. 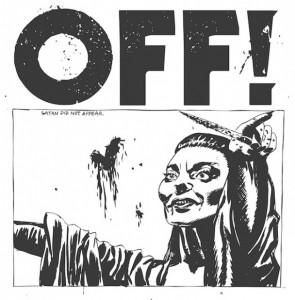 Keith Morris’ latest band, OFF!, also took flight after a bit of reminiscing and the subsequent falling out between band members trying to revisit old tunes while trying to ignore old personality clashes.

When Morris’ Circle Jerks decided to give it another go, the members found a huge gulf between the idea to make the band just another nostalgia act or to take things a step further by incorporating new songs into the mix. When some members were unable to devote the time necessary to work on new material and when some voiced concern over producer Dimitri Coats’ own work demands, Morris put the Circle Jerks on hiatus and continued to work on the songs that he and Coats had started.

Off! just released their debut album over the summer, and it’s hard to find fault with Morris’ decision or with Coats work ethic and guitar work either.

Off! screams by at barely a quarter-hour, with every second sounding like it’s the most important thing in the world, even when the subject matter obviously isn’t.

Don’t think that Off! is riddled with greasy kid stuff, but there are moments where Morris is able to channel his younger angst. Most notable is “I Got News For You” where the Keith takes a haymaker towards Black Flag and SST founder Greg Ginn. Ginn is pretty notorious for questionable payment practices, and Morris may be the first SST alumni to publicly call him out via a 45-second song, even one that hijacks a line or two from Flag’s “You Bet I’ve Got Something Against You.” “We trudged through sludge and piss/Were never paid for this!” he screams, while Coats does an incredible job of being able to alternate between Ginn’s free jazz chaos and punchy Stooge riffs.

Haunted is the latest offering from the Chuck Dukowski Sextet, and while it’s nowhere near the intensity level of Off’s pace, it’s closer to SST Record’s spirit with its unpredictable tangents.

As with the band’s previous records, the weakest link is vocalist Lora Norton who struggles with pitch, delivery, and a general sense of identity. Usually, she remains in a comfort range of a slow burn stoner, somewhat resembling Opal’s Kendra Smith, without the mystery or consistency.

It’s a family affair for the CD6, and thankfully Norton’s son Milo Gonzalez has shaped up to be a pretty passionate guitarist, giving Haunted its moments of much needed power. With a bit more work and a bit more attention at figuring out exactly what kind of band they want to be, the CD6 remain in this weird purgatory of notable potential with some members clearly dragging their feet on the band’s overall forward movement.

Gonzalez seems stifled with his mother on board as he conjures up visions of Witch Mountain with his axe and wah-wah pedal while Nora plays passive/aggressive with her delivery, stubbornly  keeping Haunted tethered to the ground while the kid sounds like he’s ready to take off.

The worst offender is the eight-minute (that’s half of Off’s entire total time, if you’re keeping track) “A Thing,” which drags on and on like it’s trying to compete as some weak V.U. cover, complete with the obligatory drone violin.

For now, the CD6’s best work remains confined to that out-of-this world “My War” cover, which is unfortunately ironic as the band is clearly trying to branch out from Dukowski’s own past.

And maybe that’s the problem: the CD6 are simply thinking too hard at trying to find themselves, when all they need to do is to try and find the same kind of passion that Morris was clearly able to conjure up in short order with Off!

Audio: Chuck Dukowski Sextet — “All Is One”

4 thoughts on “The Chuck Dukowski Sextet – Haunted; OFF! – Off!”