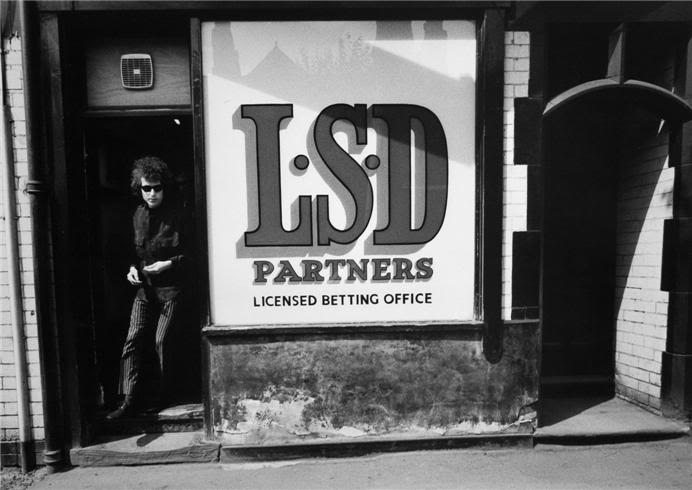 I have a favorite era of Dylan, and it’s short: 1965-66. There’s stuff he did before and after that I like a lot, but the bulk of my mix comes from those two years. And I’ll defend that decision to the death; feel free to make your own Dylan playlist that represents his career more thoroughly. These are songs that I love, songs that showcase my favorite themes of Dylan’s catalog: aching love songs, bitter breakup songs, country-fried rock songs with trippy wordplay. That’s my bag.

There aren’t any “protest” songs here (Dylan dismissed them as “finger pointing songs”), but there’s still plenty of finger pointing. Instead of obvious targets such as warmongers and segregationists, my favorite Dylan songs take aim at his fellow Baby Boomers for being a bunch of pretentious phonies. He was prescient like that.

1. Tell Me, Momma – Dylan is known for his lyrics, but that’s not why I kicked off my comp with this song. “Tell Me, Momma” sounds closer to the Velvet Underground than any other “classic rock” of the era. Dig that organ drone! It certainly doesn’t sounds like folk music, and the barely discernible lyrics are secondary to the racket. A blatant “folk you!” to his audience’s expectations.

2. Subterranean Homesick Blues – Another one where the words don’t really mean anything. Except, of course, when they mean everything. “You don’t need a weatherman to know which way the wind blows,” after all. It’s the sound of a guy having fun with language, and daring pointy-headed beard-scratchers to try to make sense of it.

3. Eternal Circle – I like this because all he wants to do is finish his damn song so he can go out and hook up with a girl, but it just won’t end! Tom Waits ended up with the same punchline on “I Hope That I Don’t Fall in Love with You.”

4. All I Really Want To Do – Gotta love that harmonica. If you’re listening to this on the train, everybody around you will know it’s Dylan. I love the way this is recorded, where you can hear his sniffling and chuckling between words. This might be a love-it-or-hate-it vocal for Dylan newbs. I love it, but I can understand it might take some getting used to. My wife told me that when she was a little girl she heard a Dylan song on the radio and asked her mom how a guy who sounds like that could be on the radio. The answer: “It’s political.” Perfect.

5. If You Gotta Go, Go Now – I like it when Dylan gets a little raunchy. “It ain’t that I’m questioning you to take part in any quiz / It’s just that I ain’t got no watch and you keep asking me what time it is.”

6. Tombstone Blues – This sounds like the Pixies, like it could be on Come On Pilgrim with the frantic acoustic and screaming lead guitar. And Dylan’s voice doesn’t get any snottier than this.

7. Highway 61 Revisited – Get past the clown whistle, and just listen to that Wurlitzer electric piano boogie. The conversational lyrics are playful and funny. Dylan’s humor is often overlooked when he is depicted as Serious Artist, Voice of a Generation. Dude could be hilarious.

8. Can You Please Crawl Out Your Window? – My favorite Dylan narrative structure is his second-person plea to a woman about what a dick the guy she’s with is. This one’s about a controlling asshole: “Why does he look so righteous while your face is so changed?”

9. Like a Rolling Stone – OK I know this song is overplayed to the point of becoming sonic wallpaper but hear me out. I almost put an alternative take or live version on here to force you to listen with fresh ears, but the master version is fucking perfect. As I get older the lyrics hit me harder and harder. I’m pretty darn happy with how my life has turned out, but that doesn’t mean I don’t have regrets. And this song is all about how the hubris of youth gets quashed by the realities of life. One of the bits that kills me every time is: “You’ve gone to the finest school all right, Miss Lonely / But you know you only used to get juiced in it.” My poor mom worked three crappy jobs to be able to afford to send me to my fancy-assed private college, and what did I do there? Get wasted. I’m aware that my life could’ve easily turned out like the subject of Dylan’s scorn (still could!), and I try hard now not to take things for granted when I’m hanging out with “all the pretty people drinkin’, thinkin’ that they got it made.”

10. Just Like Tom Thumb’s Blues – Gotta include this for no other reason than the Beastie Boys sample (“Finger Lickin’ Good”), but even without that its moody, piano-driven vibe makes it worthy. Plus, Dylan’s exhausted vocals perfectly fit the Kerouac-inspired tale of a trip to a border town.

11. Visions of Johanna – This is another one of those songs that you can listen to a million times and catch new stuff each time. I’ve tried to parse out a linear narrative, and sometimes it feels like I’ve almost got it, and then it just disappears. Which, I guess, is kinda the point of the song. By the end of the second verse, you might think you’ve got it figured out: “Louise, she’s all right, she’s just near / She’s delicate and seems like the mirror / But she just makes it all too concise and too clear / That Johanna’s not here.” Sounds like a fairly straightforward “I want the one I can’t have, and it’s driving me mad” scenario. But then in the third verse our narrator can’t sleep and ends up out in the hall with Little Boy Lost: “He’s sure got a lotta gall to be so useless and all.” And the fourth verse has him making fun of tourists in a museum until “these visions of Johanna, they make it all seem so cruel.” The final verse introduces a bunch of new characters, builds to a musical climax, and at the end “these visions of Johanna are now all that remain.”

12. She’s Your Lover Now – Another second-person stream of vitriol, this time the “you” in question flips between his ex and her new guy. My favorite line is: “You just sit around and ask for ashtrays, can’t you reach? / I see you kiss her on the cheek every time she gives a speech.” It has the bitterness and that specificity of an early Mountain Goats song. The fact that this take trails off before the song is actually finished just makes it even better, as if Dylan is so pissed he can’t even make it to the end without kicking over his mic stand in a fit of spite.

13. If You See Her, Say Hello – Similar subject but different perspective. No longer angry. “She might think that I’ve forgotten her, don’t tell her it isn’t so.”

14. Tangled Up in Blue – My favorite line in this song is: “I must admit I felt a little uneasy when she bent down to tie the laces of my shoe.” Heh heh.

15. Simple Twist of Fate – A relatively simple story about bringing a woman back to a hotel and waking up alone. It’s in the third-person until the final verse where Dylan takes it into the first-person (“I still believe she was my twin, but I lost the ring”) for a little extra oomph when we realize the woman he’s talking about there probably isn’t the same lady he hooked up with in the beginning of the song. Oops.

16. Blind Willie McTell – Recorded in 1983 and inexplicably not released until 1991 considering the fact that it’s better than everything else he did in the eighties combined. An apocalyptic travelog that takes us through time and across the South to explore the roots of American music from “charcoal gypsy maidens,” chain gangs, and “ghosts of slavery ships.” Heavy stuff.

2 thoughts on “A Glorious Noise Guide to Bob Dylan”