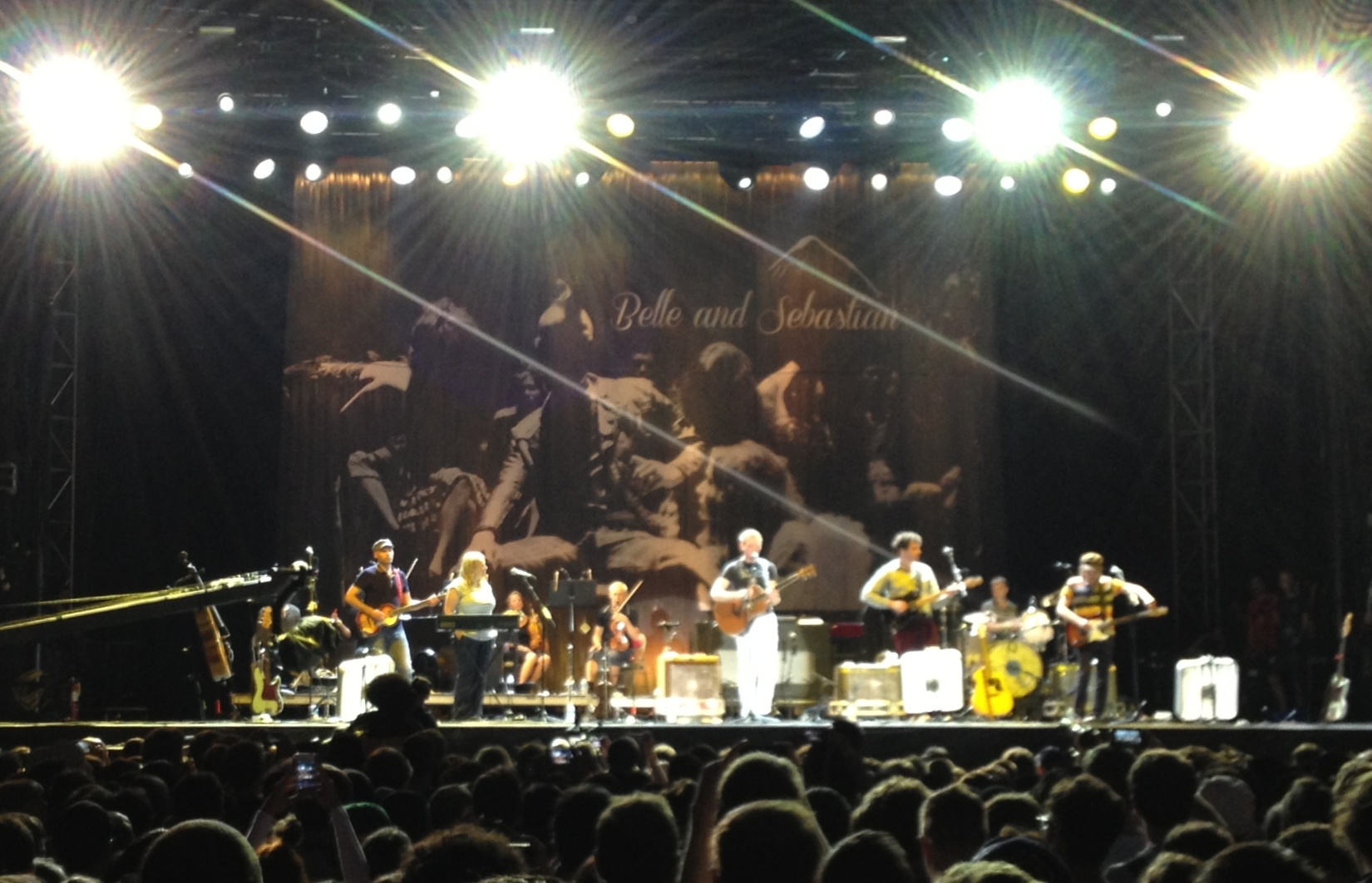 I’ve seen a lot of criticism of big music festivals lately. Some of it is valid: the radius clauses imposed by organizers can clearly hurt local venues and the local music scene. And I can’t think of a single band I’ve seen outside that wouldn’t have been better inside a dark club or theater. That said, fests offer a lot of things that you’re just not going to get when you go to a regular show.

I went to the Pitchfork Music Festival on Saturday and had a great time. There were three bands that I really wanted to see and several others that I was curious about. That’s enough for a solid day of music. You don’t need to love every single band. It’s good to have holes in your schedule so you can get some food, reapply sunscreen, and sit on a blanket in the shade. Downtime is essential if you don’t want to burn yourself out.

If you don’t have to travel too far, there’s no shame in getting a single day ticket. It’s important to realize that you don’t need to see everything. Don’t stress out about getting inside much before the start time of the first band you care about. On Saturday Phosphorescent was one of my three must-see bands and they started at 2:30. Sure, it might have been cool to see White Lung and Pissed Jeans, but you know what’s even cooler? A leisurely brunch at Wishbone.

We rolled in and found a good spot just in time to see Matthew Houck and his crew take the stage. The sun was beating down on us pretty hard, which made me happy we hadn’t arrived any earlier. Union Park is small enough that I could slip away for beer and be back before the end of the song.

After that, we threw down the blanket in a shady spot close enough to Trail of Dead’s stage so my pals could move up close for a while. During this chill time we met up with some other folks and spent some time critiquing the fashion choices of our fellow attendees. Happy to see nobody’s wearing corduroys in the summer anymore, but man, what’s up with all the half shirts?

We left the shade to check out Savages for a bit but got hungry after a few songs and left to eat some felafel under a tree.

At this point you might be wondering why I would spend $50 to sit on a blanket with my friends. And I would answer that sitting on a blanket with my friends is one of my favorite things to do at music festivals and something I never do anywhere other than at music festivals. I like drinking beer and eating felafels and watching people and listening to music. When something piques my interest I can get up and walk over and check it out.

I haven’t attended the Forkfest since 2010 but in past years I remember feeling old. Maybe it’s the fact that all the guys have geezer beards now, or maybe the Breeders and Belle and Sebastian appeal more to my demographic, but the crowd didn’t seem that young to me this year. But it’s still fun to see a bunch of weirdos baking in the sun while Swans pummel everyone.

I was excited to see the Breeders play Last Splash. It’s a meticulously produced album that is stranger sounding than almost any other alt-pop from the 90s. Live, though, they were perfectly shambolic. As my man JTL put it, they “brought the slacker cool epically.” I’ve seen the Pixies a few times since they reunited and I’ve never seen Kim Deal smile as much as she did on Saturday. They were scrappy and the mix wasn’t great, but whatever. The band was having fun and it was infectious.

After their set we jockeyed for a good position where we could still see Solange but be up close for Belle and Sebastian an hour later. B&S was the reason I bought tickets the day they went on sale. I saw them once before way back in 2006, and it was a great concert. If you think of them as wimpy and twee you really need to see them live. They rock harder than you’d think, and they put on a super entertaining show. There aren’t a ton of bands that I’d stand around in the rain to see, but Belle and Sebastian is one of them.

Once the rain got heavier, our densely packed spot opened up a little and we had enough room to put on ponchos and dance (gently). I kept looking up at the sky, nervous that the show would be stopped early as Bjork’s set had been the previous night. We were lucky and got a full set.

As we left the park my wet shoes squished through the grass and mud. Sure, there are things about fests that you can complain about, things that are less comfortable than they could be, things that are goofy or annoying, but like most things in life it’s about your attitude. If you go in with a good attitude you can have a good time. Realistic expectations and a flexible plan will help too.

A friend’s dad ran for state government back in the day with the slogan: Aim high, hang loose, keep moving. I’m not sure if he won or lost the election, but that’s my motto when I head into a fest. See you at Lollapalooza! 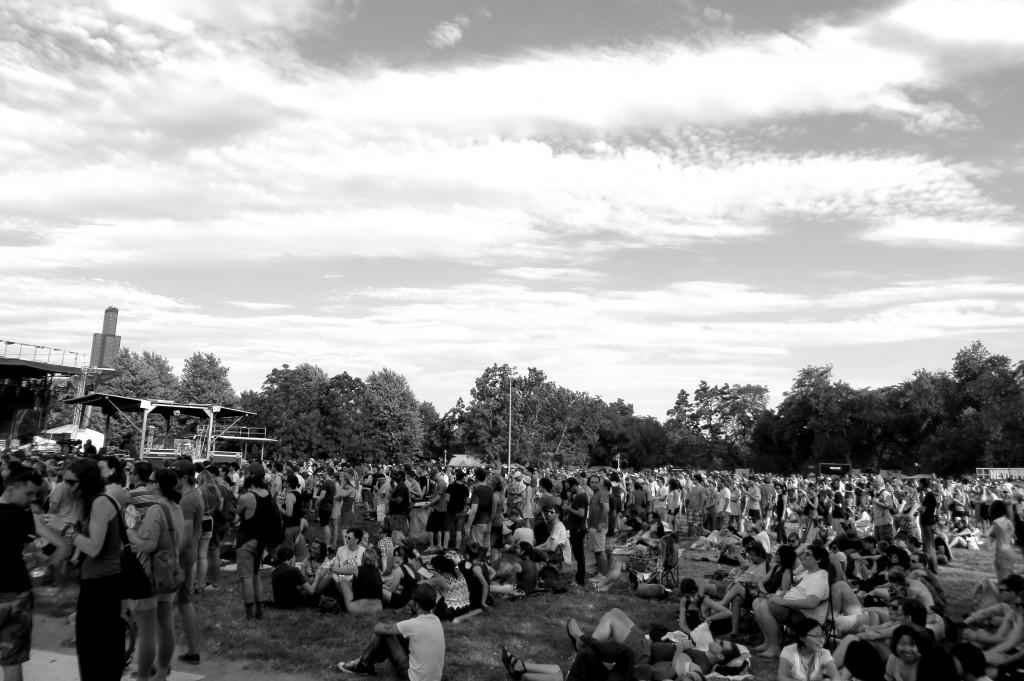