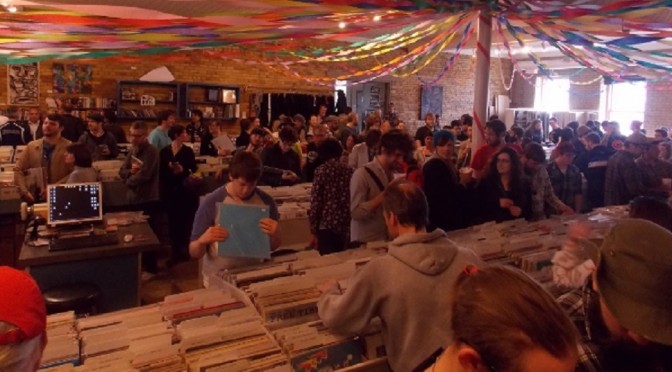 Last night Billboard announced some big changes to the way it calculates its Billboard 200 album chart, incorporating streams and individual track sales. Who cares, right? I do.

Billboard has been charting albums since 1945 under many different names and formulas, but since May 1991 it’s been based on album sales as reported by Soundscan. They used to exclude “catalog” albums from the chart, which seemed ridiculous to me around the time of Michael Jackson’s death when his old albums were selling better than any current releases. I campaigned hard to have these included in the Billboard 200, because I believed the main album chart should reflect which albums people are actually purchasing. That’s what it’s all about: the top selling albums.

In November 2009, they changed their rules to include catalog albums. This was the right thing to do. It was the first major chart rules revision since 2007 when they began allowing albums that were sold exclusively through one retailer. This, too, made sense. The chart reflected what albums people were buying regardless of where they bought them.

Then in 2011 after Lady Gaga sold a million digital copies of Born This Way for 99 cents on Amazon, Billboard changed the rules again, excluding albums that sold for less than $3.49 during the first four weeks of release. I thought this was bullshit and whined about it a little on Twitter. My idea was that a sale is a sale and that if a deep discount is what it takes to get someone to bust out their credit card in 2011 then why should Billboard ignore those sales?

Just recently, Microsoft has started selling album downloads for 99 cents, including Taylor Swift’s 1989. These sales were not included in the Soundscan data. I wonder if they will be from now on… (The announcement does mention Xbox Music but it doesn’t specifically say anything about reversing the “$3.49” rule.)

So now Billboard is going to count streaming toward their album charts. Most people don’t stream albums and the streaming services do not report “album streams” if such a thing even exists. They report songs. It makes sense to include these in the Hot 100 singles chart, which has historically reflected songs that were popular on radio as well as via sales of singles. Back in the day it even included jukebox plays. So adding streaming to the Hot 100 was a no brainer. But the album chart is different. At least it should be.

The album format is not just a collection of songs. It’s its own thing. And track equivalent albums (where 10 song downloads or 1,500 song streams = one album sale) have no place on a chart that tracks album sales. Think about it. I loved “Blurred Lines” as much as the next guy. I might have streamed it 1,500 times myself last year. But I had no fucking interest whatsoever in Robin Thicke’s stupid album. Why would I? So why should my streams count toward his album sales? I like the song. I couldn’t give the slightest shit about the album.

The music industry has obviously given up on the album as format, and it appears to be giving up on sales altogether. The new word is “consumption.” Check out these quotes from the execs:

“Including streaming information is the next step in the evolution of the industry’s accurate measurement of music consumption,” said Jim Urie, president/CEO of Universal Music Distribution. “Streaming is the fastest growing configuration we now have and having it included in Billboard’s chart is a welcome improvement.”

“The new methodology for the Billboard 200 is a welcome and necessary evolution of Nielsen and Billboard’s album chart data. The ways in which fans consume music, and the ways in which music is monetized, have grown beyond the traditional metrics of album sales,” said Darren Stupak, executive vice president of U.S. Sales and Distribution, Sony Music Entertainment. “Music consumption in today’s marketplace is a diverse mix of access and acquisition, including on-demand streaming, track and album downloading, and physical product purchasing. The introduction of this expanded scope chart brings the Billboard 200 more closely in line with the multi-platform, multi-format experience of music fans.”

Gross. Aren’t music execs the worst? A diverse mix of access and acquisition? Whatever, bro. Good luck with that.

On the positive side, for the time being Billboard will publish “a pure album sales chart, called Top Album Sales, that will maintain the traditional Billboard 200 methodology, comprising Nielsen’s sales data exclusively.” It will be interesting to see how these two charts will differ, especially at the end of the year when it comes time to report on overall album sales. My prediction is we will see a lot of singles-driven albums being propped up as if people actually care about anything other than the hit.

3 thoughts on “Music Industry Gives Up on Albums”