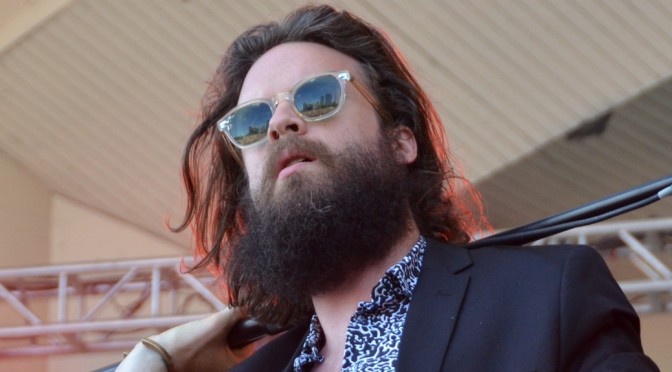 Father John Misty is one of my favorite artists of the past several years. His two albums are both awesome, and he played my favorite set at Lollapalooza 2013. I already bought my tickets to (finally) see him in a non-festival environment in September. So I was definitely excited for his set this year. But he was in a foul mood and I left disappointed.

In 2013 he was mean but funny, making fun of meatheads in the back of the crowd as well as the douchebags in the VIP sections. This year his shtick was more of a whiny crybaby, bitching about his lousy time slot (Friday at 2:30, an hour earlier than in 2013 and on a crappier stage — the Petrillo shell has no jumbotrons) and griping about how he doesn’t sell a lot of albums. He just seemed grouchy. And we knew he had abandoned “the demonic clown thing” but it was a bummer to watch him half-ass his way around some ironic “robot” moves. He just didn’t appear to be having any fun.

You used to be able to watch three songs from the livestream, but those have been unceremoniously yanked. No idea why. Maybe because he was such a grumpalumpagus.

I’m hoping he’s in a better mood on his tour in September. In the meanwhile, check out some of GLONO photographer Jolie Brown’s pictures of the set. 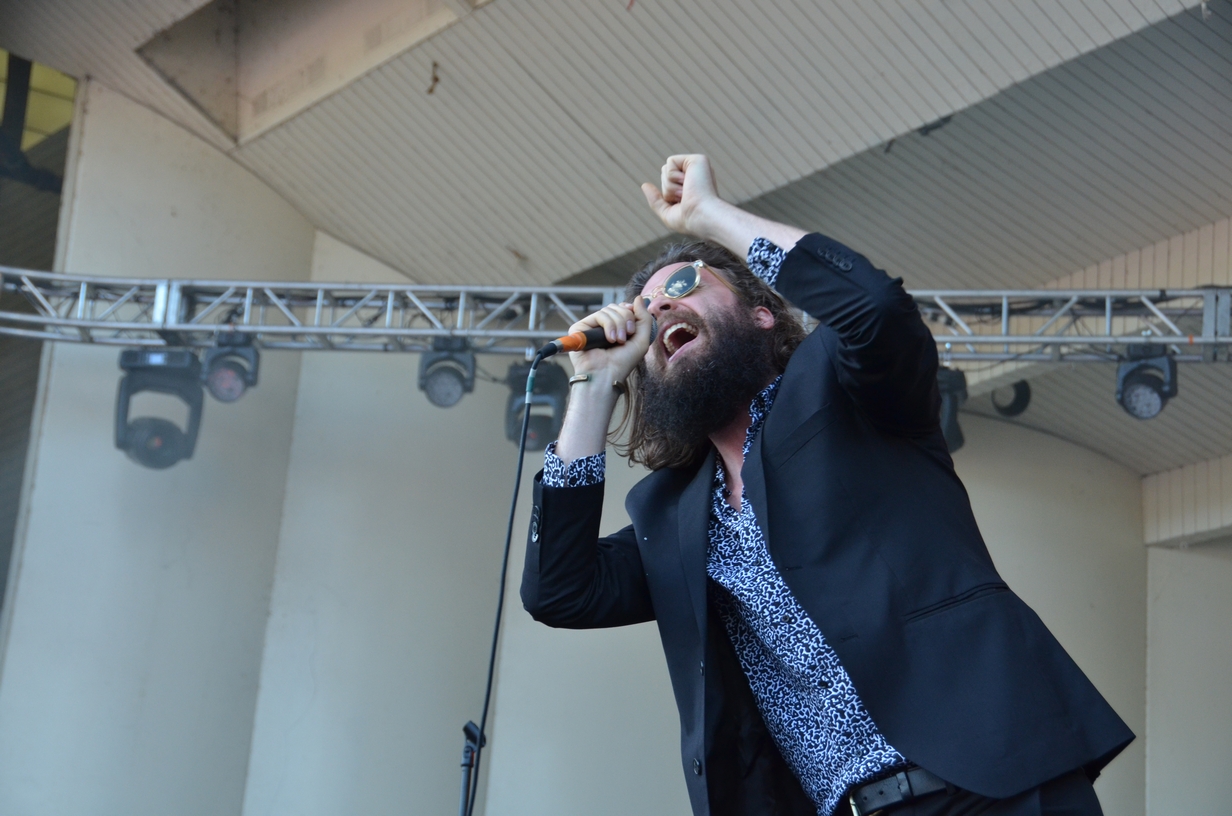 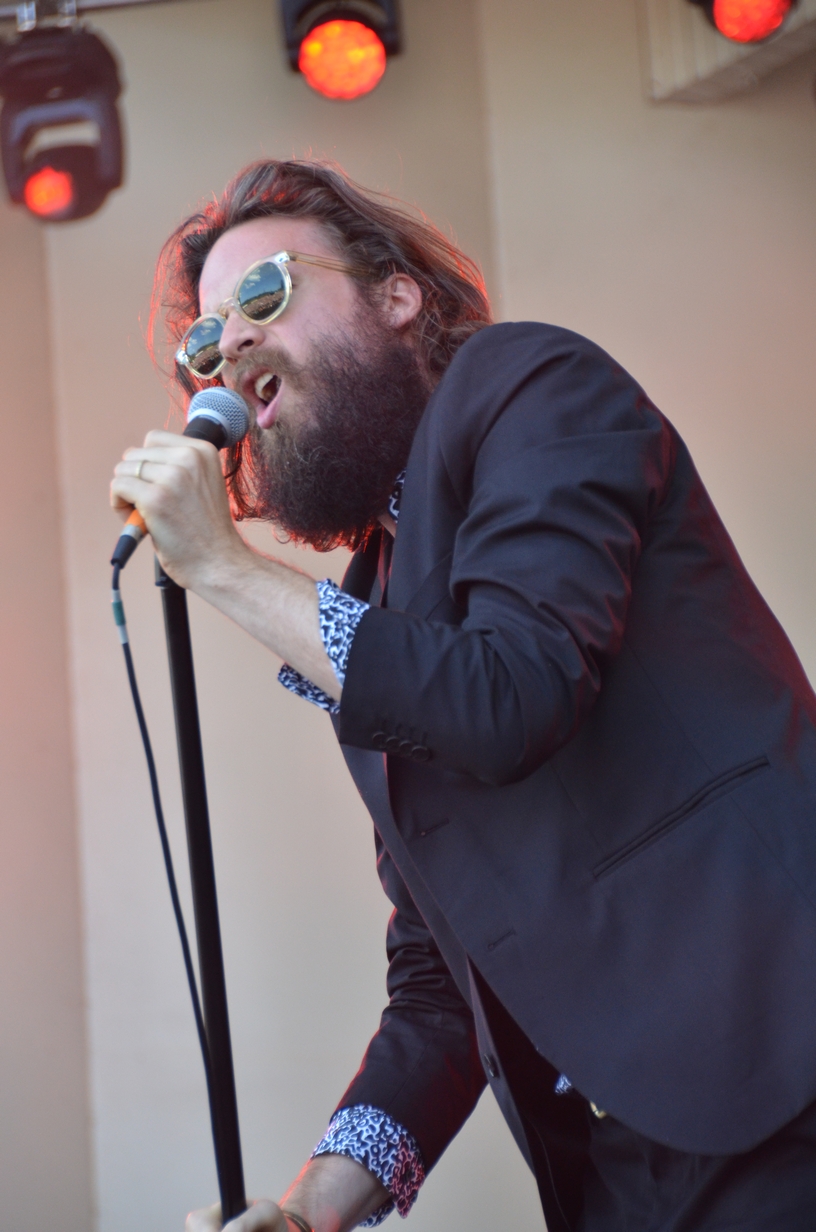 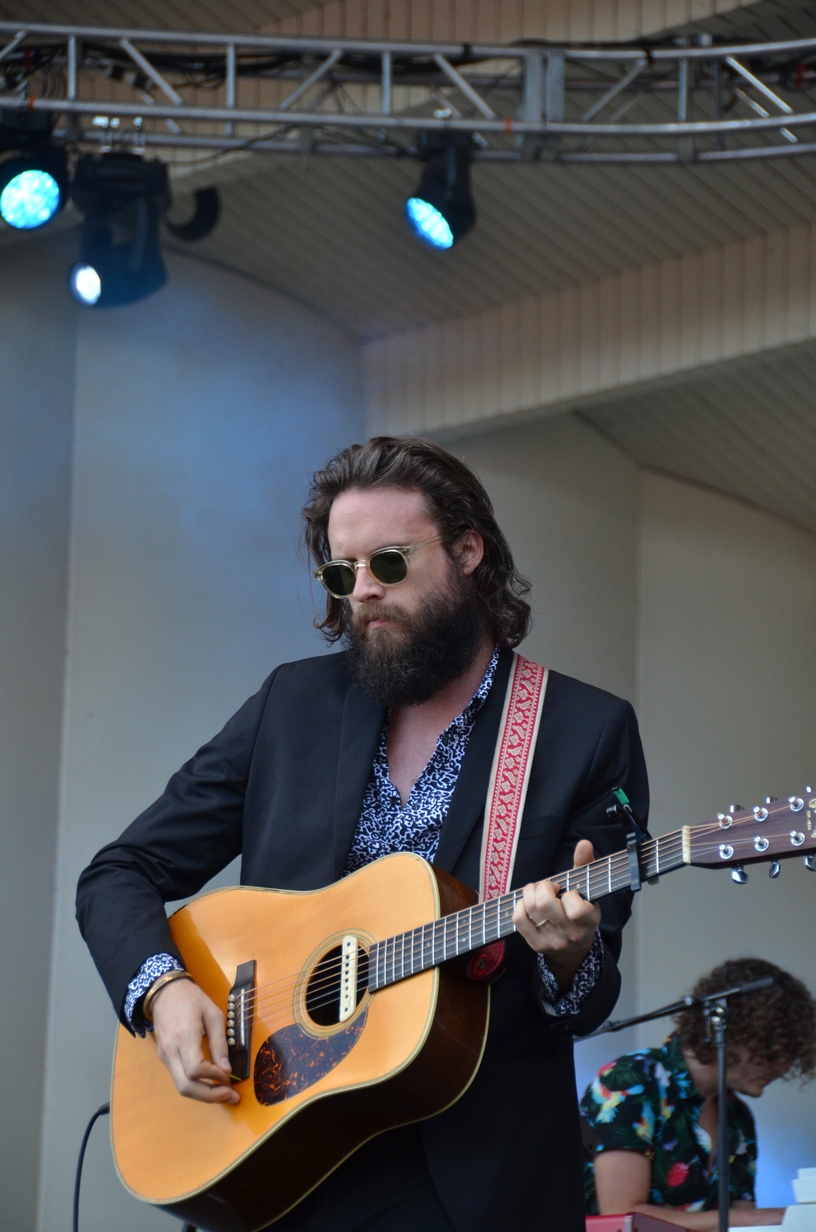 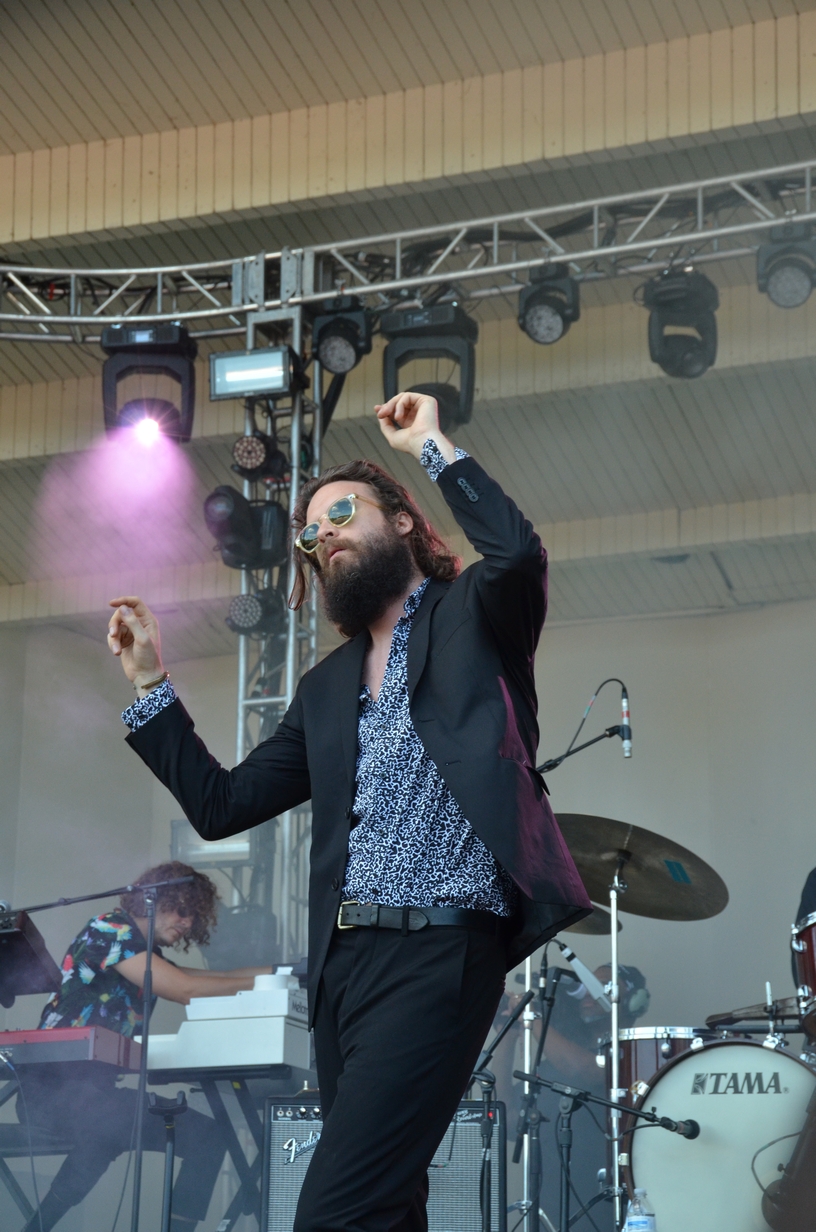 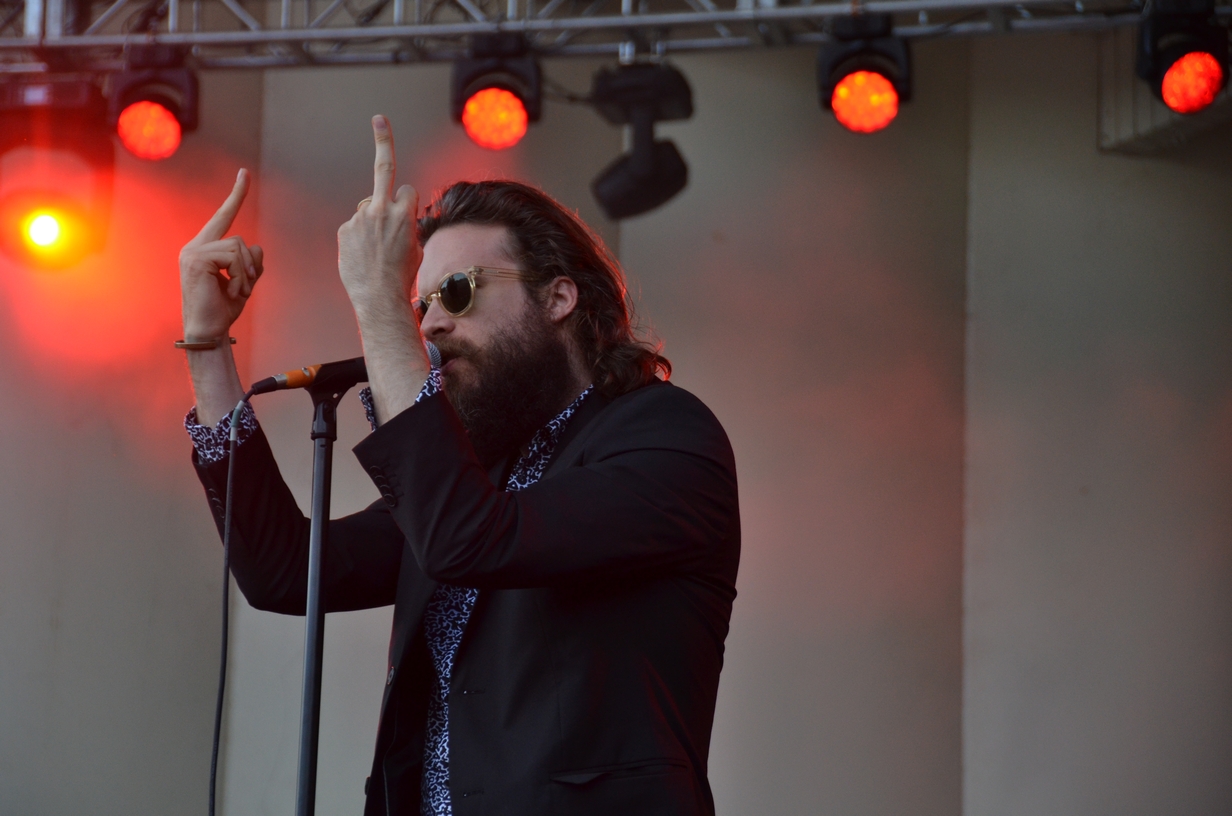 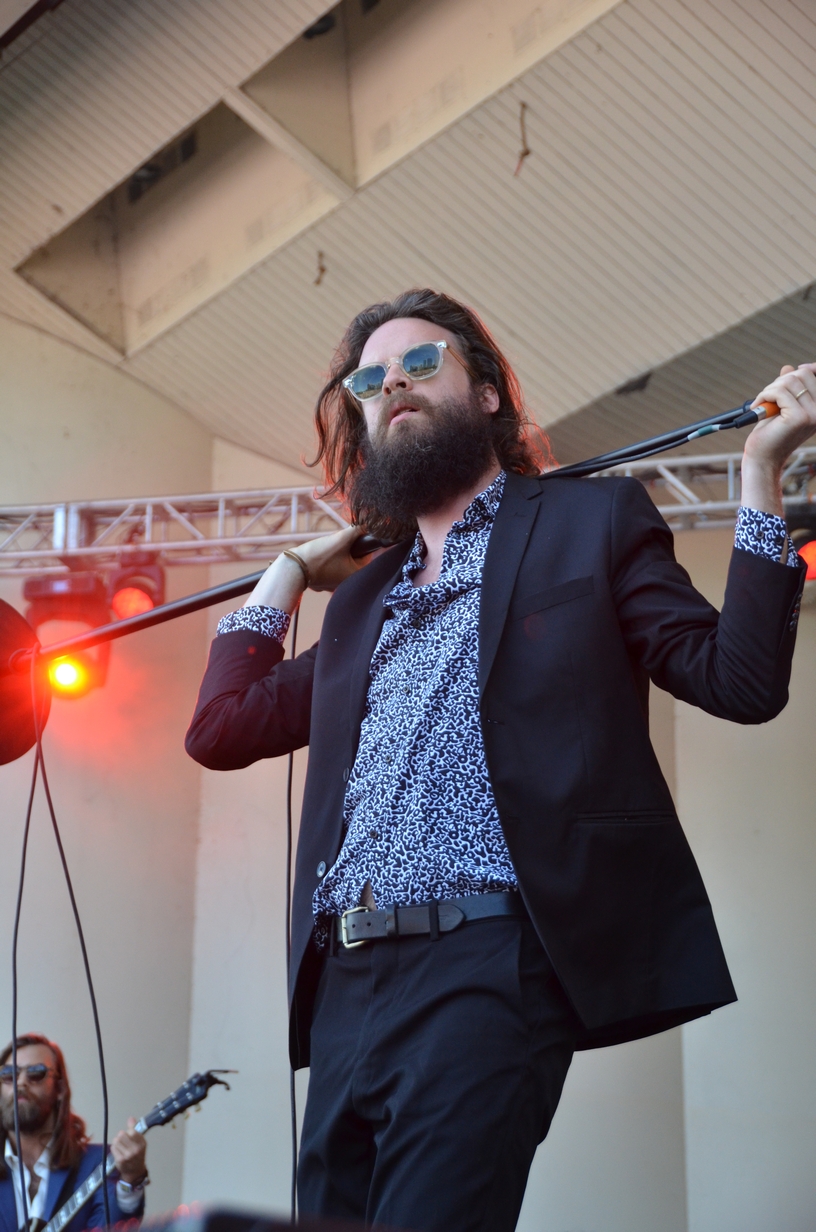 See even more Father John Misty photos on Flickr. And be sure to catch our Lolla 215 wrap up.