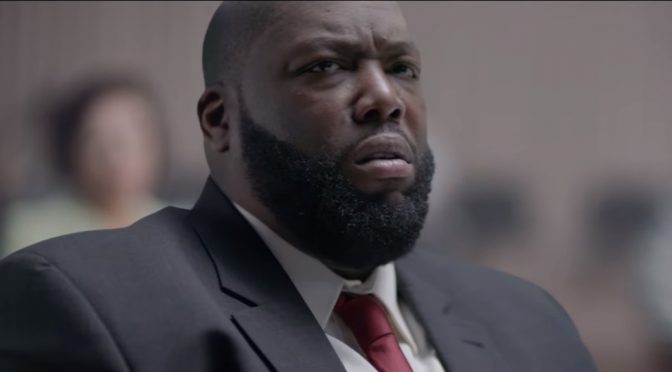 This is awesome. The video is so well acted. I don’t know if they give best acting awards for music videos but Igor Tsyshkevych and Ian Bailey deserve some serious recognition for their performance here. Truly amazing.

And what a brilliant idea to hook up Run the Jewels with DJ Shadow for a collaboration. The guitar break is super dope and proves what a brilliant crate digger DJ Shadow continues to be after all these years. It samples “Ol’ Man River” as performed by Italian singer Caterina Valente with the Heinz Kiesling Orchestra off a 1968 record that looks like something you’d find at Goodwill. It’s the type of album I would’ve picked up on a lark in the 90s to see how awful her cover of “We Can Work It Out” was. I would’ve been pleasantly surprised. But that’s the genius of DJ Shadow.

You’ve gotta love Run the Jewels. El-P has the best lines in this one. “Picture this / I’m a bag of dicks / Put me to your lips.” I mean, come on. How can you not love that? Later he boasts, “Claim your crew quicker than Trump fucks his youngest.” Better watch out, Peter Thiel might fund a lawsuit to put you all out of business.

Until then, I’ll be listening to this on repeat through November. Remember everybody: register to vote. Don’t boo. Vote.

From The Mountain Will Fall, out now on Mass Appeal Records.

Yellowman - Nobody Move, Nobody Get Hurt