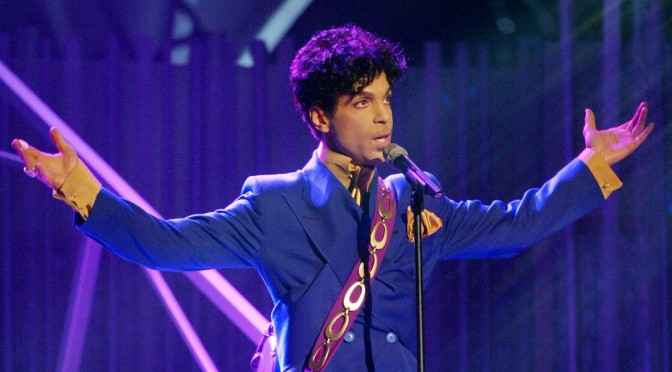 This video has long been my go-to mood enhancer. Of the many, many amazing performances Prince has recorded over the years, this is the one I go back to again and again. There are so many reason why, but a few that come to mind are:

There are few celebrity deaths that would affect me personally—unlike that of a family member or friend, I might miss their artistry, but not their person. Prince’s death has affected me though. I am genuinely sad to hear of his passing. I think it’s because his public persona, the character he’s created and refined throughout his years as a public figure, is exactly what we want musicians to be. Yes, he was successful financially. More importantly, he was unique but cognizant and respectful of what had come before him. He confounded us with genre mash-ups and confusing name changes. He was the guy who wrote “Darling Nikki” and then extolled the virtues of being a Jahovah’s Witness. He was…interesting. Endlessly interesting.

He really seemed to exist on a higher plane.

If anyone felt music, it was Prince. You can see it in his face and his body. He created the wavelengths and then let himself be taken by them. He had that golden combination of science and soul. I don’t think Prince ever once in his life simply ran scales.

So yes, I am sad today and will genuinely miss Prince’s existence in the world. And I’ll lean heavily on my go-to mood enhancer to get through it.

Godspeed to his Purple Badness.