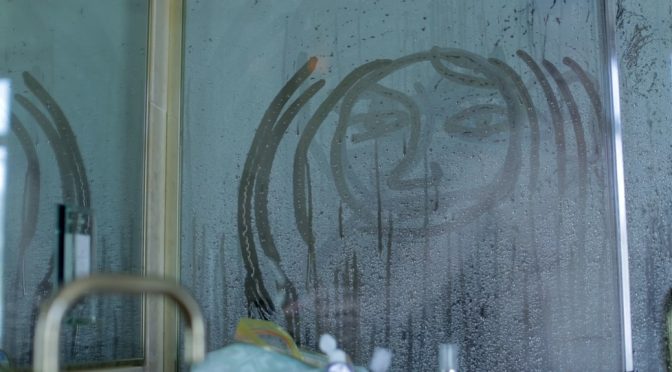 Third Man Records is pleased to share the genius surprise gift they received from their friend MICHEL GONDRY. On his own and without anyone’s knowledge, the legendary filmmaker shot a video for “City Lights,” which he sent them the other night. The video is Gondry’s fifth visual collaboration with The White Stripes.

It’s a cool video and a good song. I’ve been a little skeptical of Jack White’s Acoustic Recordings 1998-2016 compilation. At first it seemed like a cheap cash-grab built around the discovery of one newly uncovered White Stripes outtake (“the first new, worldwide commercially released song by The White Stripes since 2008”). I mean, come on, right? Everything else on this comp has been previously released in one form or another.

Plus, even “City Lights” — which was apparently written for Get Behind Me Satan “but then forgotten until White revisited the 2005 album for Third Man’s Record Store Day 2015 vinyl reissue” — is a little dubious. White admits “the track was finished in 2016 with help from collaborator and childhood friend Dominic Davis.” Where’s Meg? How much of this recording is White Stripes and how much is solo Jack White? Were any vocals recorded back in 2005? Were lyrics even written for it at the time? (Third Man Records did not immediately respond to our query.)

There’s something to be said for recontextualizing the work of an artist. And this is the first collection of Jack White’s songwriting that covers multiple bands and projects. And it presents a different angle than just “Jack White, guitar hero.” This side has been there from the get-go, for anybody paying attention and actually listening to the albums, but I can see the value in putting all the pretty stuff together in one spot. So there we have it.

And there’s more rare stuff than just “City Lights.” There’s the acoustic mix of the jingle White wrote for Coca Cola (“Love Is the Truth”) plus a handful of remixes of other songs. And one of the songs he did for that Renée Zellweger movie. So I probably shouldn’t be such a grump about it. And hey: new White Stripes song!

Greil Marcus on “City Lights” (from the album’s liner notes)

“This, like (Son House’s) ‘Grinnin’ In Your Face,’ is mirror-music, the singer talking to himself, trying to tell himself the truth, which he’s going to need if he’s going to step out of his door, walk into the world, and fool himself, for just a second, that he’s ready to take it on. As you listen, it’s no surprise at all that it took most of White’s music-making life to bring the song home.”

YouTube: The White Stripes -- “Fell in Love With a Girl”

The White Stripes-Fell In Love With A Girl

YouTube: The White Stripes -- “Dead Leaves and the Dirty Ground”

The White Stripes-Dead Leaves And The Dirty Ground

YouTube: The White Stripes -- “The Hardest Button to Button”

The White Stripes-Hardest Button To Button