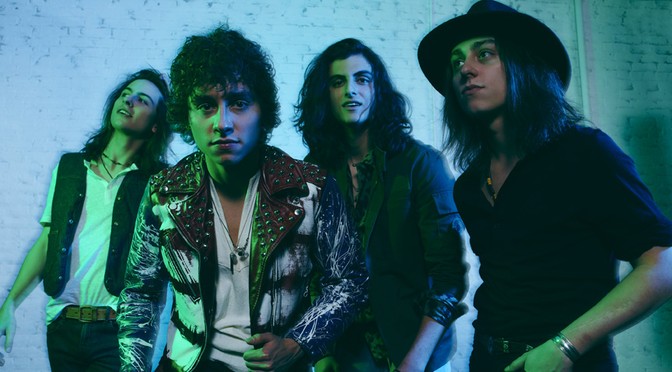 I was listening to one of those new music mixes on Apple Music and catching up on work when this song popped up and I thought, ‘This new Heart sounds pretty good!” Except it wasn’t Heart, it was Frankenmuth, Michigan’s own Greta Van Fleet. More on that in a bit.

Heart is one of those bands that had a bunch of chart dominating singles, insanely talented writing, vocals and musicianship, especially in the sister duo of Ann & Nancy Wilson, but very few bands wear them on their sleeves as obvious influences. I’m not sure why that is, but I can’t think of a single band where I can say, “Oh yeah, these guys obviously love Heart.”

So when the vocals came in on Greta Van Fleet’s new single “Black Smoke Rising,” I was pleasantly surprised to hear the connection. I mean, there’s no way this vocal performance is not influenced by Ann Wilson, right?

It gets better. It turns out that it’s not even a modern-day Ann Wilson fronting this band. In fact, there’s isn’t a female in sight! Greta Van Fleet is a four-piece band of dudes—three brothers and a friend! So it’s not a sister act emulating the Wilsons, but a brother act. How great is that?

These guys are from the unlikeliest of towns to churn out a hard rocking band with a 70s yen. They’re from Christmas Town: Frankenmuth, Michigan. Wikipedia describes Frankenmuth as a city where, “Tourism and farming drive the local economy. Frankenmuth draws over three million tourists annually to its Bavarian-themed shops and restaurants such as the Bavarian Inn, Frankenmuth Brewery, Zehnder’s, and Bronner’s Christmas Wonderland.” And it’s that last entry that counts. Bronner’s is not just a Christmas shop, it is truly a Christmas Wonderland.

“The sights, sounds, and spirit of CHRISTmas completely surround you at this amazing store, which is the size of one and a half football fields. Bronner’s is overflowing with 50,000 trims and gifts.”

Fifty thousand trims and gifts, gang. And one of them is Greta Van Fleet.

Another single and accompanying video don’t quite pull the Heart strings (wakka wakka) and therefore don’t pull my heartstrings (Daily Double!), but give it a listen anyway and feel the magic from Michigan’s “Little Bavaria.”

One thought on “Be Still My Beating Heart – Greta Van Fleet”