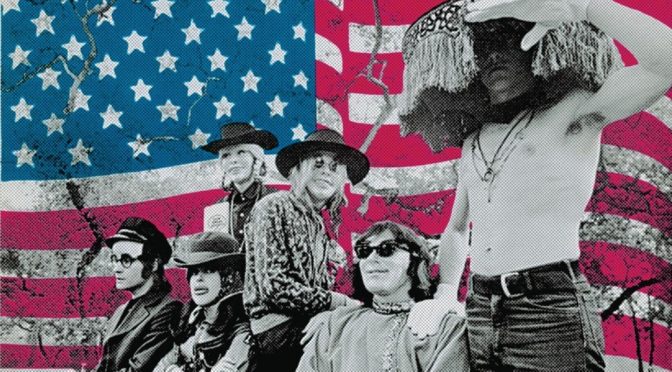 For the past several years rock and roll has become profoundly apolitical, particularly vis-à-vis the 1960s when, largely because the war in Vietnam, there was considerable engagement of performers.

There were two signal albums of that period, one that came out in 1969 and the other in 1970, and both have Paul Kantner in common.

In 1970, Kantner formed Jefferson Starship. And at this point I can imagine a sufficient number of eyerolls among all of you reading this such that the centrifugal force could spin an LP.

But before there was “Find Your Way Back” and “Jane” and “Count on Me” and Grace Slick-as-Kim Cattrall in the Mannequin “Nothing’s Gonna Stop Us Now,”* there was the original Jefferson Starship, which was arguably what came to be known as a “supergroup.”

They came together and created Blows Against the Empire. The Empire in question was pre-Darth Vader. While the album does have a science fiction theme, the whole idea behind it was that the American Empire was something that needed to be escaped from.

But just before that album, Jefferson Airplane released Volunteers, an album that, in effect, was calling out for volunteers not that would join the military and go to Southeast Asia (it is hard to conceive of the fact today that your best friend or your uncle or your boss or your father or yourself could get drafted and sent thousands of miles away to a jungle hell where death was not an unusual consequence), but to get out in the streets. The marches that occurred in Washington and around the world on January 21 were far more common back then. Volunteers were needed frequently to protest against the war.

No one would have imagined that in 1995 the U.S. and the Socialist Republic of Vietnam would have normalized relations. (Check the tags on some of your clothes. There may be a “Made in Vietnam” label.)

On Volunteers there is an anthem that calls for solidarity, “We Can Be Together.” And in that song there is a lyric which is absolutely appropriate for today:

And here we are, talking of walls going up.

* It is interesting to speculate as to why Jefferson Starship turned into a band that wasn’t exactly a hit-machine, but which evolved from a band that arguably had only had two popular cuts in its nascent period, when it was still Jefferson Airplane, “White Rabbit” and “Somebody to Love.” The easy—and probably right—answer is money. It isn’t too far a stretch to imagine that short of the half-dozen or so still-existing Jefferson Airplane fans, there isn’t anyone who can name any other Jefferson Airplane tracks other than those two. The likes of “We Built This City” are known by people in athletic stadiums across the U.S. even if they don’t have the slightest idea of who the band who made it is. You want royalties, you need popularity. And After Bathing at Baxter’s isn’t going to get you there.

One thought on “Is Past Prologue?”