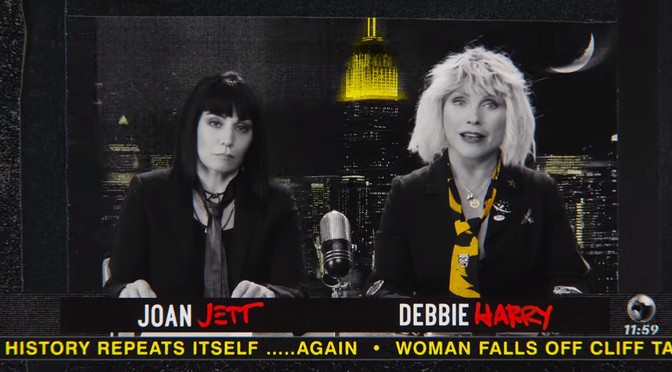 From Pollinator, out now on BMG.

Debbie Harry and Joan Jett are not amused by the state of the world. But that doesn’t prevent them from making fun of the news in our current political idiocracy.

Blondie’s Chris Stein told Rolling Stone, “Politics have become the new pop culture phenomena, but it seems the current landscape of music videos has so little to do with true protest or some kind of social message. It can be truthful, but irreverent, fun and funny.”