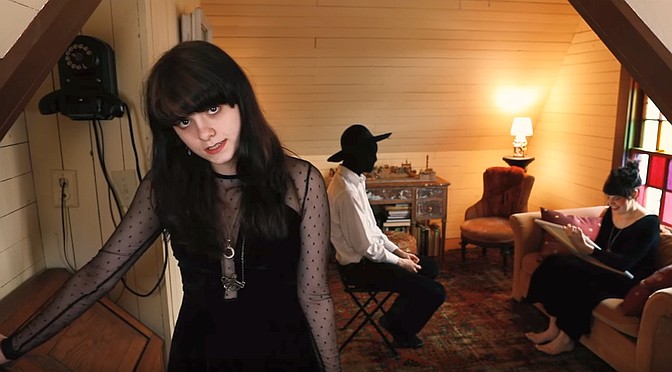 Skating Polly is a family band, a teenage sister duo from Oklahoma with their brother on drums. Badass. Does this song remind you a little bit of Veruca Salt? That makes sense; NPR explains why:

New Trick is due April 28 on El Camino.