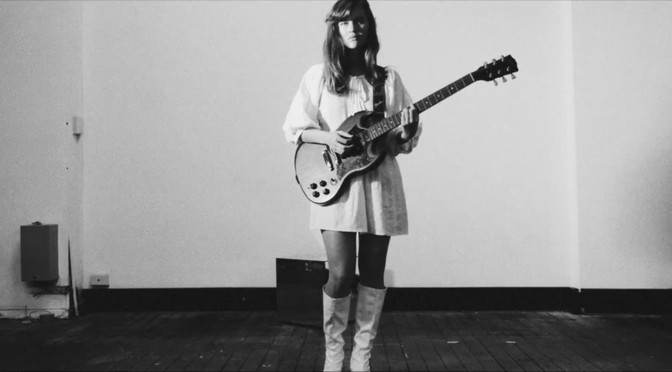 And there might be one more for that list: Sloan Peterson. That’s not her real name, of course. Sloane Peterson was Ferris Bueller’s girlfriend. This Sloan Peterson looks like a 1990s Calvin Klein ad and sounds like she’d stick you with a switchblade.

I’m a sucker for any song with chugging guitars and an “ooh ooh wee ooh” intro. It’s little surfy, sort of Pixies-ish, maybe via early Weezer. “No future, no mind / You’re not one of a kind.” Her voice is squeaky but serious. “I’m by your side / And I love you dearly.” She wrote it “for any one who has ever struggled with crippling anxiety, or the feeling of being alone. I wrote It when I was 17, a super hyperactive crazy teenager trying to start over in a new city by myself.”

The single is out now on Mirror Records. Her debut EP is due September 8.