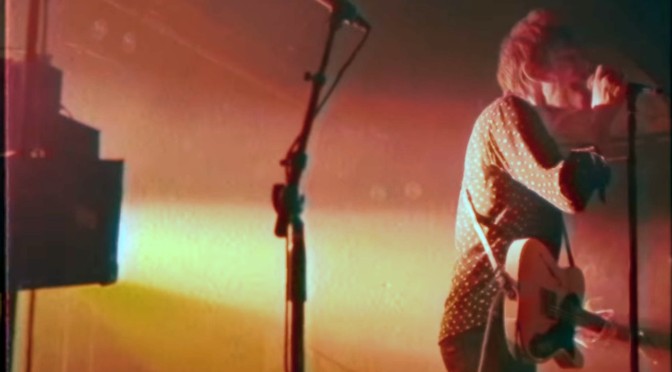 They got around to making a video for the title track of their new album, Hot Thoughts, out now on Matador. Lots of footage from SXSW. “If you missed it you may now see it. If you were there you may now relive it.”

Britt Daniel talked to Esquire about the inspiration for the song:

Daniel got the idea from a Japanese kid in Shibuya who hit on his girlfriend. “He was smoking a cigarette, and couldn’t really speak English, but was pointing to her teeth and saying her teeth were so sexy and bright,” Daniel says. “And I thought that was a pretty far out, maybe desperate but funny way of hitting on her.” So, Hot Thoughts are thoughts about sex, which is a topic Spoon has never really overtly covered so overtly in a song before.

“Your teeth shining so white / Light up this side street in Shibuya tonight.”

That interview also reveals that Spoon considered packing it in after “the rare misstep Transference in 2010.” I didn’t realize that album was considered a failure. I dug it.