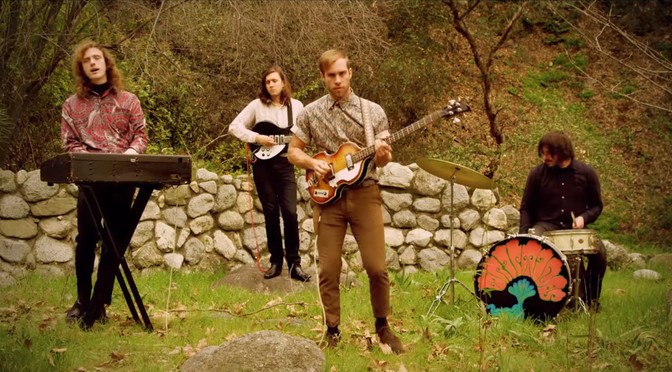 From Afterglow, out now on Requiem Pour Un Twister.

I’ve gotta admit: I liked this band a lot better before I found out they weren’t French. Don’t get me wrong, their sound is spot on mid-60s folk-psych, which I love. Think the Banana Splits. But if you’re going to go this far to get the correct tones, you also need to get the right haircuts. You can away with it, I suppose, if you’re European because what do they know? But dudes, if you’re from Los Angeles via Indiana you’ve had plenty of opportunity to figure out the look. Get your act together. Bass player shouldn’t remind me of Rolf from Sound of Music. Rest of the band looks like the Wonderstuff. That’s just wrong.

That said, I like the song. But it’d still be better if they were French.

Now this is how it’s done, fellas…