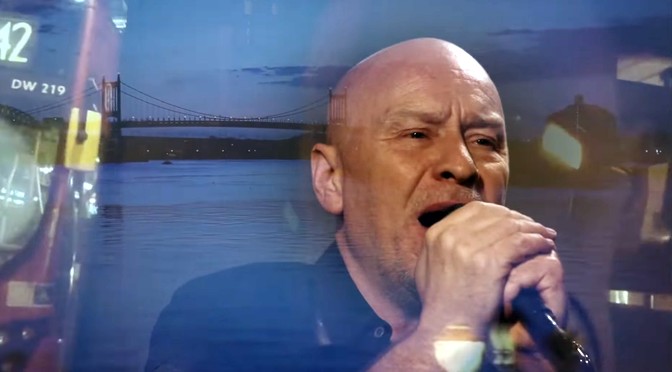 The basic track was recorded live for one of Johnson’s “Radio Cineola” broadcasts a year ago. Overdubs by Johnny Marr and other former members of The The were added more recently.

Much of the video was filmed at the original broadcast session, and it will be included in the new documentary film The Inertia Variations, directed by Johanna St Michaels. I’m really hoping this is only the beginning of new material from The The.

Update from The The:

Due to the overwhelming demand for vinyl editions of ‘We Can’t Stop What’s Coming’, we’ve manufactured V2. To preserve the collectors value of the more rare ‘Record Store Day’ black vinyl first edition, V2 is pressed on old English white vinyl and is minus the etchings on the b-side.

To refocus attention back to what this song is really all about, and its dedication to the late Andrew Johnson, we are donating 50% of the profits from all website sales of V2 to St Nicholas Hospice in Suffolk, who cared for Andrew at the end of his life.