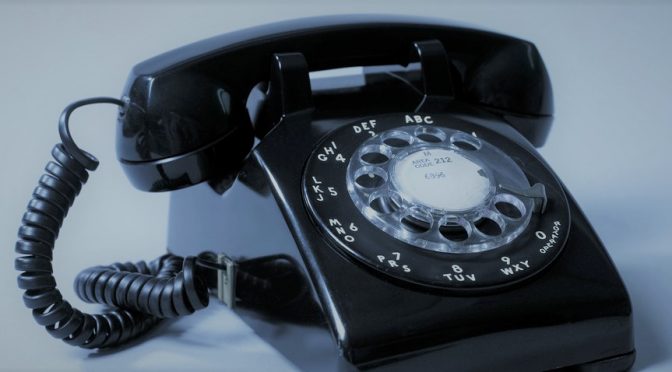 Western Electric invented the Model 500 telephone. That’s the telephone with a handset cradled on the top of the device and a rotary dial on the front. It is the telephone that is the pre-21st century dictionary image of what a “telephone” would look like.

But Western Electric also invented something that is more pertinent to this space: the method by which music could be recorded with a microphone, amplified, then used to create records. Columbia and Victor licensed the technology from Western Electric and began producing records with it in 1925.

And in time, the recorded disc, which became commonly known as “vinyl” became the dominant musical recording medium.

Then it suffered the fate of the Model 500.

However, unlike the Model 500, the vinyl disc is having a resurgence. Last week Sony Music announced that for the first time since 1989 it is going to begin pressing records again.

Sony is, in part, responsible for the decline and near-disappearance of the record thanks to the compact disc (CD). It was developed by Philips and Sony and introduced in 1982. (Obviously Sony was betting big on the technology given its decision three years earlier.) The CD is really the first version of “digital music,” as the analog approach of pressing grooves into the substrate gave way to the optical disc approach that uses a laser to “read” the surface of the disc.

From that point on there seemed to be something of technical relentlessness in terms of making music completely invisible. As in eliminating physical media and distributing music purely by downloads.

In 2001 Steve Jobs introduced the iPod, saying, in part, “Apple has invented a whole new category of digital music player that lets you put your entire music collection in your pocket and listen to it wherever you go.” He added, “With iPod, listening to music will never be the same again.”

Who knew that they’d want to have their entire music collection in their pocket?

But it was absolutely true that listening to music would “never be the same again.”

Or are records coming back in a way that is more analogous to the “classic telephone ringtone app” that many people use, not realizing that it is the sound of the Model 500?