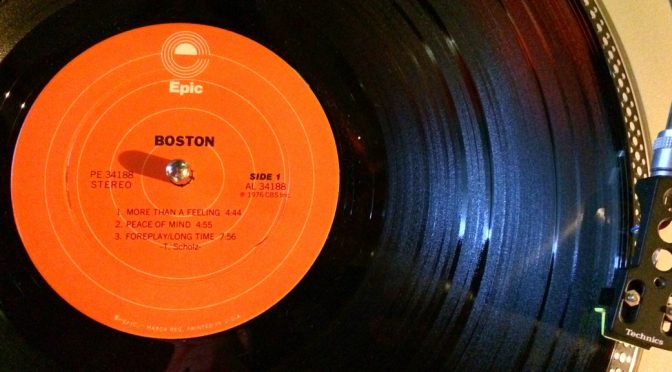 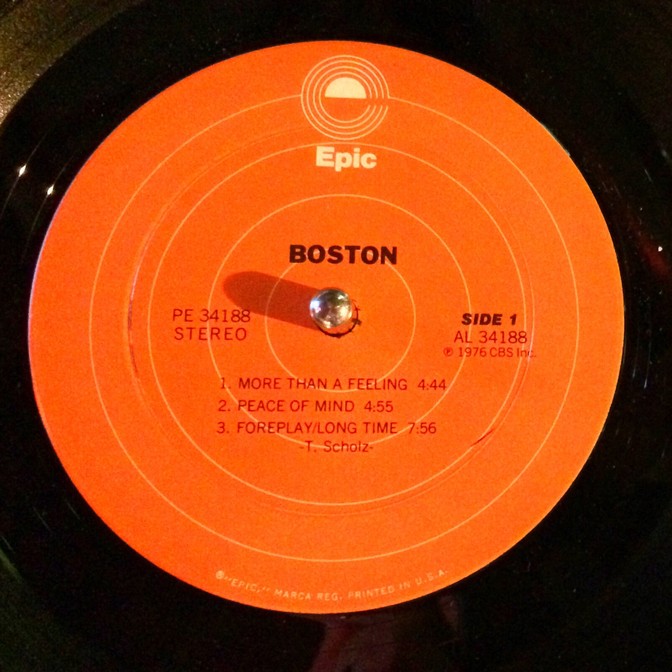 The presence of an orange label will give you a clue that it was pressed between 1976 and 1979, which was the year that Epic changed its design to the blue label with the varsity-script Epic logo.  In many ways, the closer that a record is to its first pressing, the higher the chance you’ll be hearing what the artists’ original sonic ideas were.  As years go by, as the mastering engineers at a label have to repress an album for future record buyers, the opportunity for corner-cutting and shoddy quality control in the cutting stage of the album presents itself.  While CBS/Epic Records for the most part was pretty good about later pressings not being too lackluster in quality, to go back to a known-earlier pressing period reduces your chances of buying a deficient-sounding copy. Also, mastering revisions at times inadvertently or purposefully produce updated sound choices consistent with the era in which the remastering occurred; at times, an ‘80s remastering could have a sound more consistent with the ‘80s than with the sonic trends of 1976.  If hearing the album as originally intended is something you value, search out a record with label designs consistent with the era in which the record was released. In this case, that means orange Epic labels. 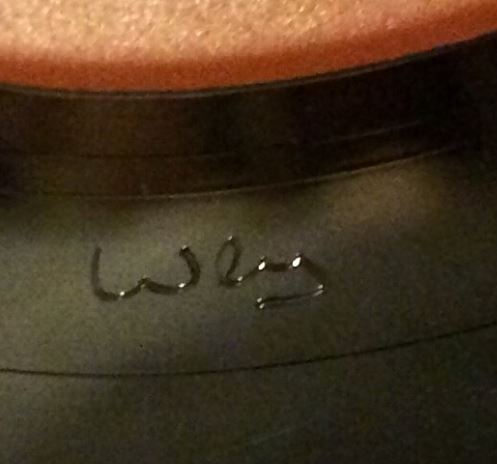 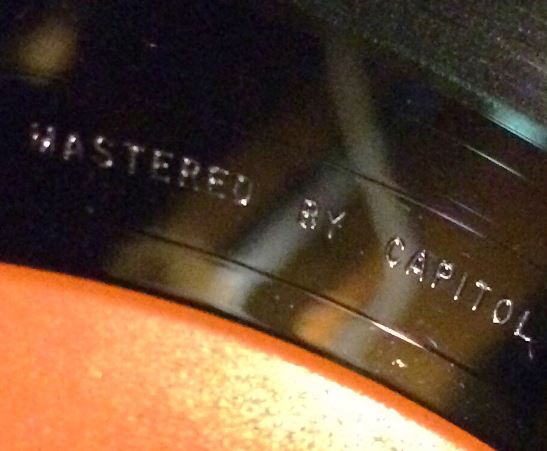 A record’s deadwax area is the blank part of the vinyl between the end of the recorded portion and the label; it usually houses the run-off groove plus whatever information about the pressings that the cutting engineer saw fit to include.  For this Boston LP, look for the presence of a machine-stamped “MASTERED BY CAPITOL” on one or both sides of the record.  The other mark is a handwritten “Wly”, which is the signature of the record’s original mastering engineer, Wally Traugott.  Wally worked for Capitol Records, but his mastering jobs were so exquisite that Capitol allowed him to work on records by bands who didn’t record for Capitol Records.  You might notice that his name graces the deadwax of early original RSO copies of the Saturday Night Fever soundtrack.  He also mastered a highly regarded purple-label Capitol series of Beatles catalog releases which were released in the ‘80s.

For the Boston LP, once the metal parts for the original Wally pressings could no longer be used, different engineers used the same master tapes to make their own lacquers and mothers.  There somehow exist copies which have an A-side whose deadwax reads “Wly” but not the B-side, and vice versa.  If you find a copy which has “Wly” on both sides of the LP, you have what we record geeks call a “Double Wally”, and the version that I consider to be sonically superior to all of the other non-Wally copies which I own of the Boston debut LP.  Wally Traugott’s pressing is uniformly superb and has an incredibly sparkly sound.  Bass response is wonderful, and treble isn’t too harsh or strident.

The wonderful thing about Boston’s debut LP is that since it was such a big seller, there should be lots of copies to be had, and usually for reasonable prices.  With the above tips, you’ll be able to buy yourself the most sonically ideal copy of this iconic LP. 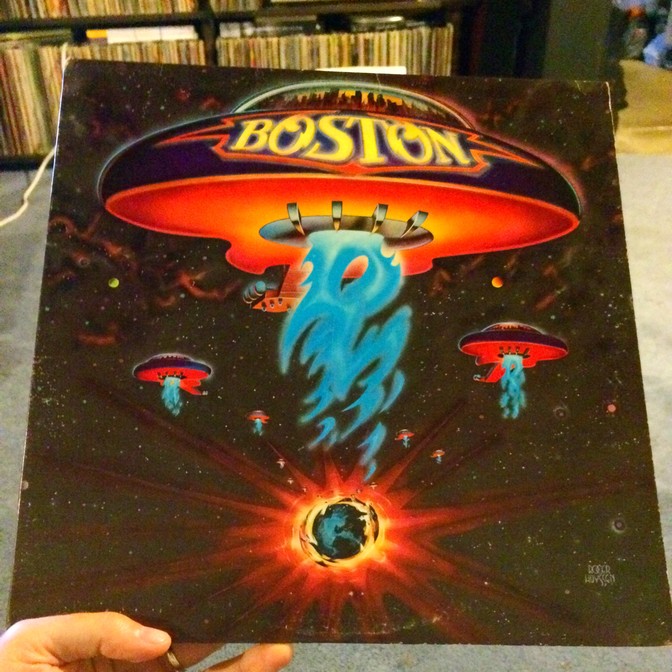 All photos by the author.

Vinylology 101 is a new series where we’ll help you find the perfect copy of your favorite albums.

One thought on “Vinylology 101: How to buy Boston’s debut LP”