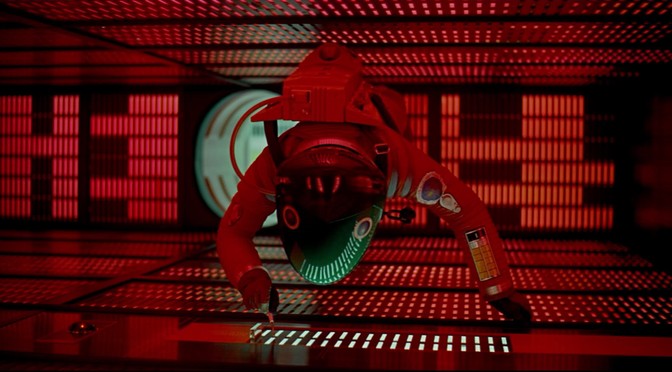 In NASCAR racing, which went into official existence in 1948, 1972 is identified as the start of the “Modern Era.” The series has yet to become postmodern, but that’s another argument for another digital venue.

The troubadour tradition, that of a musician who sang and played a stringed instrument, goes back at least to the 11th century. One could make the argument that the “Modern Era” for troubadours, or, more to the point of this, singer-songwriters, started in 1962, the year the first Bob Dylan album was released.

When it comes to much music since then, whether it is a Dylan or a Paul Simon or a Jackson Browne, individuals who write and perform their work, or a band, ranging from the Beatles to Wilco and some before and after, it is probably the case that when we hear the music performed, we think of that music, especially vocals, coming from an individual who, in some significant way, has something to do with those lyrics.

To go to the classic case of the Beatles, it was either a “John song” or a “Paul” song, and when it was George or Ringo. . .well, there really weren’t enough of them combined to have a significant effect.

Tweedy is trying to break our hearts.

Perhaps one of the primary reasons why we like some musicians—be they individuals or bands—is because of the singular identification of the music and the person: the person performing and the person listening (us). Some music leaves us indifferent because there is no connection, no empathy.

But other music seems to get right down to our souls.

(Arguably, this is particularly the case when we are in our teenage years, when hormones and emotions are riding on a roller coaster that accelerates us to heaven and hell and gray areas in between at an exhausting rate. We hear a song that we associate with a real or unrequited object of affection and are thrown into despair or delight, nothing in between. That music stays with us in ways that defies all sense.)

And so times change like the worn tires in a NASCAR race (well, I had to do something that that opening metaphor).

According to a study by Songdex, which describes itself as “the largest database of music rights and related business information in the world, containing detailed, relational data on tens of millions of songs, recordings, and their owners, covering virtually all of the commercially significant music in existence”—that “in existence” part is nice—the singer-songwriter age is now behind us. 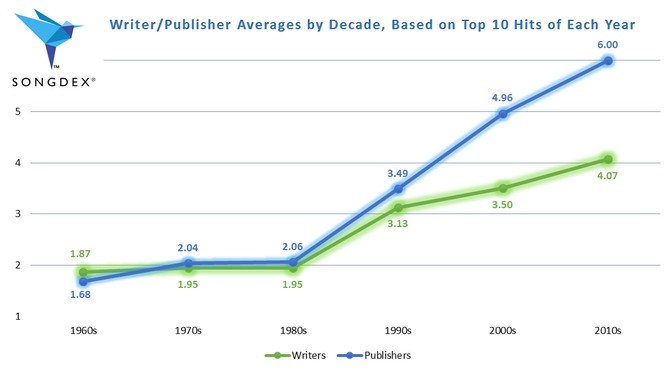 The firm looked at the annual Billboard Top 10 list from 1960 to today. The objective of the analysis was to look at the number of writers (and publishers, but we’ll let that one go) who contributed to the top-ranked songs.

During the 1960s, Songdex discovered, there were 1.87 writers involved, on average, in creating the top-ranked songs. Think of a Lennon and most of a McCartney.

Since then? Well, the word “committee” comes to mind. The “Modern Era” of the singer-songwriter, effectively, ended.

Today there are 4.07 writers per song. The best spin that one could put on that is that there are four members of a band and everyone got to contribute.

But we know that that’s not the case. The specialists are brought in to contribute elements that will make the song all the more downloadable. [Or, streamable. -ed.]

The singer provides the voice. The writers provide the hook, the anthem, the emotion.

It is a contemporary take on the Brill Building of the 1950s, but if we look back to then, there were pairs like Hal David and Burt Bacharach, Jerry Leiber and Mike Stoller. Teams, not organizations.

There are those who are coding AIs to create music. They might as well.

The researchers have developed FlowMachines, a system that learns music styles from a huge database of songs. Exploiting unique combinations of style transfer, optimization and interaction techniques, FlowMachines composes novel songs in many styles.

“Mister Shadow” is composed in the style of American songwriters such as Irving Berlin, Duke Ellington, George Gershwin and Cole Porter. French composer Benoît Carré arranged and produced the songs, and wrote the lyrics.