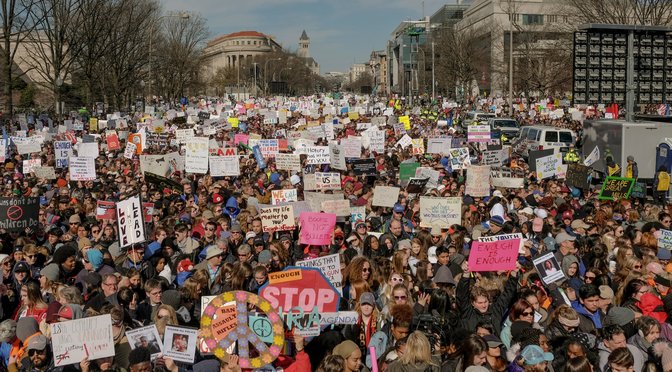 What a year. How naive were we to think that 2016 was bad just because Prince and David Bowie died, Mitch McConnell was mean to President Obama, and Hillary Clinton lost the election to a game show host who made an entire career out of lying and cheating?

And then 2017 seemed bad too. But now 2018 had us actually locking children in cages and condoning the dismemberment of journalists, so it’s hard to imagine 2019 getting much worse, but who knows? There are 365 days to prove me wrong, and when crazy stuff happens literally every single day of the year, I’ll probably look back at this post and shake my head and think, awww, how cute, you didn’t think it could get worse…

I find myself wishing Hunter S. Thompson was around to help put our current events into context. His writing about the 70s still seems so relevant today. But then again, Nixon looks like Alexandria Ocasio-Cortez compared to today’s G.O.P. And Reagan looks like Beto O’Rourke.

But hey, at least the Dems won the House and there was a bunch of good music released this year.

We posted something every weekday for the whole year, a consistency we hadn’t achieved in the 17-year history of this website.

And as I said last year, “We are not an algorithm. We’re a few dudes with dayjobs and strong opinions who tend to gravitate toward guitar music with something to say. You can trust us.”

So once again, we’ve been compiling the songs we’ve posted into a massive playlist which you can stream for yourself to decide if our taste jibes with your own. Dig it.