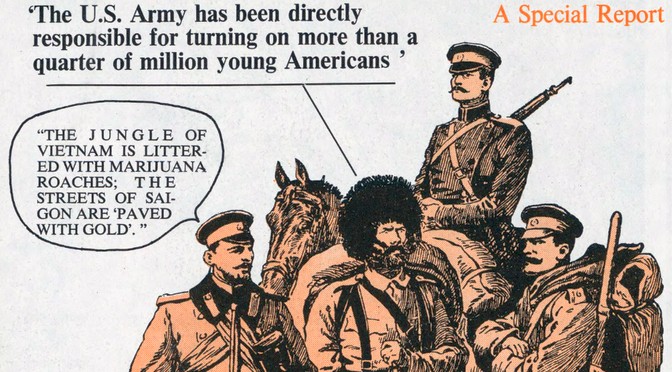 Issue #21 features the first byline of Greil Marcus, reviewing the latest record by the Who. In what almost seems like a parody of a Greil Marcus piece its lede is: “This is not so much a review as a complaint.” Classic!

Marcus would appear in the masthead as “Review Editor”–a brand new position–in July of 1969 (issue #38) and continue contributing to the magazine throughout the 70s and then sporadically ever since. In September of this year, Rolling Stone became the new home of his “Real Life Rock Top Ten” column, which Marcus has been writing for various outlets since 1986.

Features: “Is this any way to run the army? – Stoned?” by Charles Perry; “Monterey Jazz Festival” by John Burks; “Muddy Waters” by Pete Welding.

Columns: Jon Landau on Little Richard; John Grissim, Jr. on Soul on Ice by Eldridge Cleaver. No Random Notes, no Thomas Albright, and no Ralph J. Gleason, but they’ll all be back in issue 22. 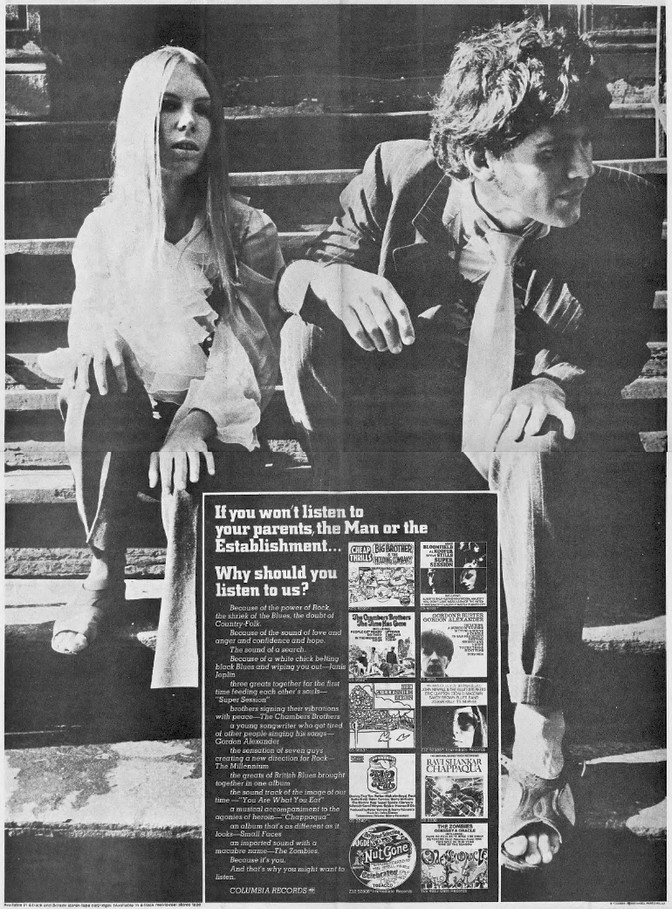 More ads: The Glitterhouse by Color Blind on Dynovoice; Fillmore West; the RMI Rock-si-chord keyboard; The Second by Steppenwolf on Dunhill.

Reviews: Electric Ladyland by the Jimi Hendrix Experience on Reprise (by Tony Glover); Soul Limbo by Booker T. and the MG’s on Stax (by Peter Giraudo); Proud Flesh Soothseer by Linn County on Mercury (by Jerrold Greenberg); Getting to the Point by Savoy Brown on Parrot (by Eric Ehrmann); Heavy Heads by various artists on Chess (by Pete Welding); The Who On Tour/Magic Bus by the Who on Decca (by Greil Marcus); Shock Treatment by Don Ellis on Columbia (by John Grissim).