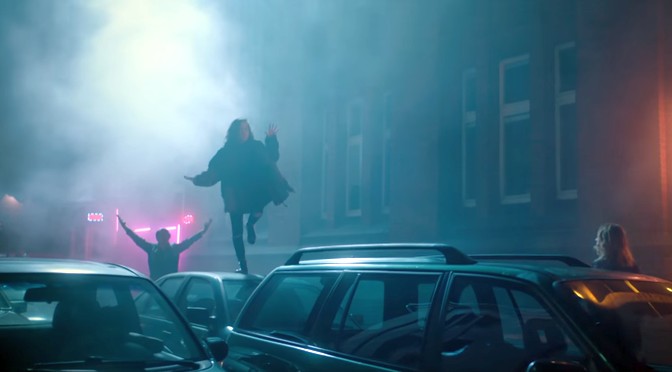 From the No Roots EP, out now on Mom+Pop.

I first heard Alice Merton on satellite radio in the car last fall. “No Roots” has a super catchy, minimalist bass intro and a funky little guitar part that hooked me immediately. I considered posting it here back then, but I balked when I realized the video had been up since January 9, 2017. We typically don’t care much about release dates and don’t have any of the blog world’s “firsties” impulses, but we try to post relatively new stuff, and nine months is a long time.

And now she’s got a new single. “Lash Out” is driven by a groovy guitar line that reminds me a bit of Wire. She shot a big budget video that features light sabers, choreography, and stomping cars. Plus, she looks like Agent Scully. What’s not to love?

From the No Roots EP, out now on Mom+Pop.