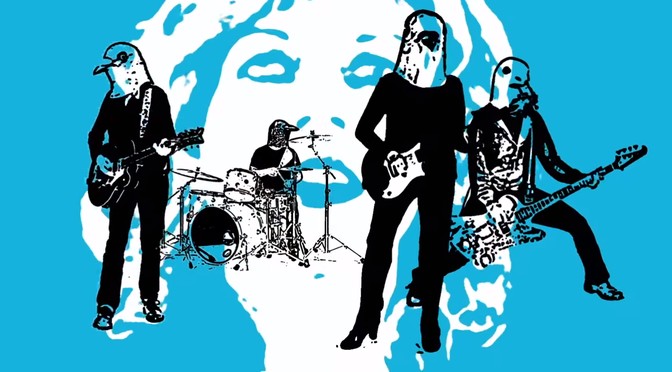 In 1993, Belly recorded two of the best songs of the decade (“Feed the Tree” and “Gepetto”), and now they’re back with their first album in 23 years.

We’ve got the Breeders and L7 back in action and now Belly. Who’s next? The Sundays? The Primitives? Elastica? Bring it on. Especially if it’s going to sound this good.

Don’t forget who you come from, son
Don’t imagine that you don’t owe me
Don’t forget

I love how Belly demands respect. Back in the day they were all, “Take your hat off, boy, when you’re talking to me.” And it’s good to see they haven’t lost any of that attitude.

I hate to be all “I <3 the 90s” because I try hard to fight my nostalgic tendencies, but hot damn there were a bunch of badass alternagirls in my twenties! Watching the old videos makes me miss the era of bright orange hair, pale skin, and dark lipstick. And Tanya Donelly rocked that look better than anybody. I never thought I’d long for the baggy clothes of the XL90s, but there’s been time enough now that it’s not repulsive to me anymore.

Drummer Chris Gorman came up with the idea for the new video after purchasing a crow mask for a Halloween party: “When it became clear that we were calling the album DOVE and the suggestion that we produce our own video the masks were my first and only idea. I sent a brief pitch to the band saying ‘hey guys, what if we shoot a video and we all have bird heads?’ The response was overwhelmingly affirmative. I purchased 3 more heads.”